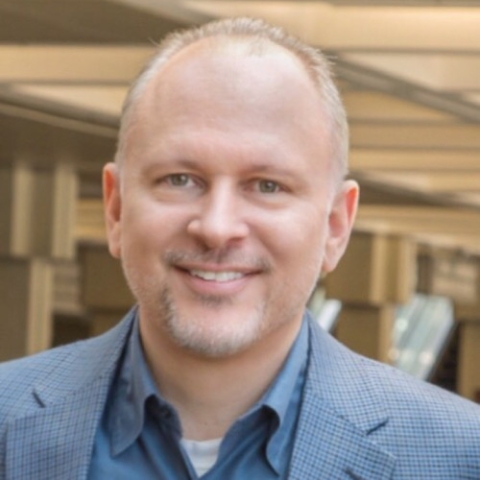 The Philadelphia Convention and Visitors Bureau has appointed Gregg Caren to the position of president and CEO.

Caren most recently served as the executive vice president of sales and strategic business development for ASM Global (formerly SMG), operator of more than 350 venues worldwide.

He also served in various senior leadership positions while with SMG for 20-plus years. Caren has more than three decades of industry experience and will join the PHLCVB on June 8.

“Gregg brings a wealth of knowledge and leadership from many facets of our industry, including prior sales, marketing and operations experience working with convention centers, hotels, and CVBs, both domestically and internationally,” said Nick DeBenedictis, PHLCVB chairman.

He added, “He is familiar with our customers, our region and has been a close partner to the organization in his role at ASM Global, the operator of the Pennsylvania Convention Center. As we turn our attention towards recovering from the impact of the COVID-19 pandemic, we are confident that Gregg will guide the PHLCVB towards future success on behalf of Philadelphia.

DeBenedictis said, “I’d also like to thank Julie Coker for extending her time as president & CEO, and for the spectacular job she’s done with the PHLCVB over the last 10 years. We’re happy that Julie and Gregg will be able to jointly work on a transition plan before she departs for the top tourism job in San Diego on May 28.”

In his new role, Caren will oversee the PHLCVB’s efforts to promote and sell Philadelphia as a premier destination for meetings, conventions, sporting events, overseas travelers, and group tour visitors. He will also serve as the chief liaison for the PHLCVB’s tourism and hospitality partners, including the Pennsylvania Convention Center, as well as national industry associations, and the City of Philadelphia.

“After two decades working with dozens of convention centers and destinations around the globe, I am genuinely excited and honored to represent my hometown of twenty-five years to the rest of the world,” Caren said.

He added, “Given the current state of affairs and my love for the greater Philadelphia region, I also have a strong sense of civic responsibility. The PHLCVB drives meaningful economic impact for our city and region. I’m truly looking forward to contributing to Philadelphia’s recovery efforts by leading the extremely talented team at the PHLCVB, and working closely with the partners and stakeholders that help drive our tourism industry forward.”

In addition to his most recent position with ASM Global, Caren also served as the EVP, Convention Center Division and Strategic Business Development for SMG.

There, he supported a global network of convention and exhibition venues in North America, Europe, and Asia, securing event bookings and expanding the company’s footprint. Beginning his career with Marriott Hotels and Resorts, Caren also has served in senior leadership positions with entertainment venues in Atlantic City and at the Valley Forge Convention Center/Sheraton Valley Forge.

“We believe that Gregg’s wide range of experience and collaborative nature are a great fit to lead the PHLCVB,” said John McNichol, president and CEO of the Pennsylvania Convention Center Authority, who also served as the chair of the search committee for the president and CEO.

He added, “He understands our business, our market and our customers, and we are confident this will be an easy transition to build upon our recent successes.”

Caren has held board and leadership roles with IAEE, the National Association of Consumer Shows (NACS) and the International Association of Venue Managers (IAVM). He is an alumnus of The Pennsylvania State University where he received a bachelor's of science degree in hotel, restaurant and institutional management.

There is NO better person…

There is NO better person for this difficult job. Great leader. Great person.