Is YOUR Show Worthy of TSNN's "Best of Show" Award? 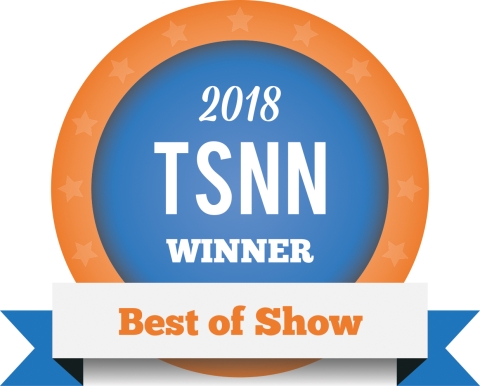 We know how hard you and your team work to make your trade show a success! We know you’ve earned bragging rights, so we want to hear from you!

Nominations are open for the TSNN Awards “Best of Show” Awards and we’re leaving it up to you to Tell us why you think your show is the BEST!

This is the eighth year for this special award, and five nominees will be invited to the 2018 TSNN Awards: Celebrating Success Aug. 10–12 in fun Louisville, KY. The overall winner will be announced at the gala awards celebration Aug. 11.

To be considered, please, submit your show HERE.

There is no specific criterion for the award. Be creative! For example, what challenge(s) did your show face? What was the “Best of Show” solution(s)? And what were the overall results and impact on the show? What innovative practices, customer service and/or networking environments occurred to make it the best show ever? For example, did your show do something that tightened the attendee/exhibitor relationship? Describe to us how you created “WOW” experiences!

Did you initiate an “out of the box” idea? If so, did it add some excitement to the show floor that created an unparalleled end-user experience? Did your specific industry have a tough year but your team adapted and overcame? How did they accomplish that? Don't be shy - explain the overall creative strategies which would qualify your event for a “Best of Show” award!

Nominations opened April 16 and will close May 16. The entries will be reviewed by a select panel of judges who will decide the final 5 top shows. Then beginning May 21 and ending June 15 the industry will vote through an extensive social media and PR campaign to decide which one deserves to be “Best of Show”.

The show managers from the top five final shows will be invited to attend the 2018 TSNN Awards: Celebrating Trade Show Success for a fantastic three-day event where the final winner will be named!

Click HERE to nominate YOUR outstanding show today and to learn more about TSNN’s “Best of Show” Award ~ good luck!

To learn more about the TSNN Awards event visit T-Awards.com – We hope to see you there!

Thanks to CadmiumCD for use of their amazing awards software to collect nominations!

*Show nominations are limited to North America only.