The UFI Board of Directors has elected Diversified Business Communications’ Mary Larkin as president of UFI for 2020.

This decision was made at the board meeting during the UFI European Conference in Verona, Italy, and becomes effective at the conclusion of the 85th UFI Global Congress, which runs from Oct. 31- Nov. 3 in St. Petersburg.

Corrado Peraboni, UFI’s current president, welcomed the election of Larkin, saying: “I congratulate Mary Larkin for being elected as the new UFI incoming President. It will be a great privilege for me to be part of the presidential trio, together with Craig Newman and Andreas Gruchow in this historical moment - Mary will be the first female president in UFI’s history and also the first to be based in the U.S. I wish her every success in performing all the important duties that are required of this position.”

"I am delighted to be part of UFI’s leadership in the coming years and to continue with the development and support that UFI has provided the industry for so long,” Larkin said.

She added, “I am particularly looking forward to representing and working with women to help increase the level of female representation in leadership positions within the industry."

As UFI’s incoming president, Mary Larkin will work closely with the incumbent President and outgoing President to make up the presidential trio, managing UFI at the highest level, and helping UFI continue on its path of global development. 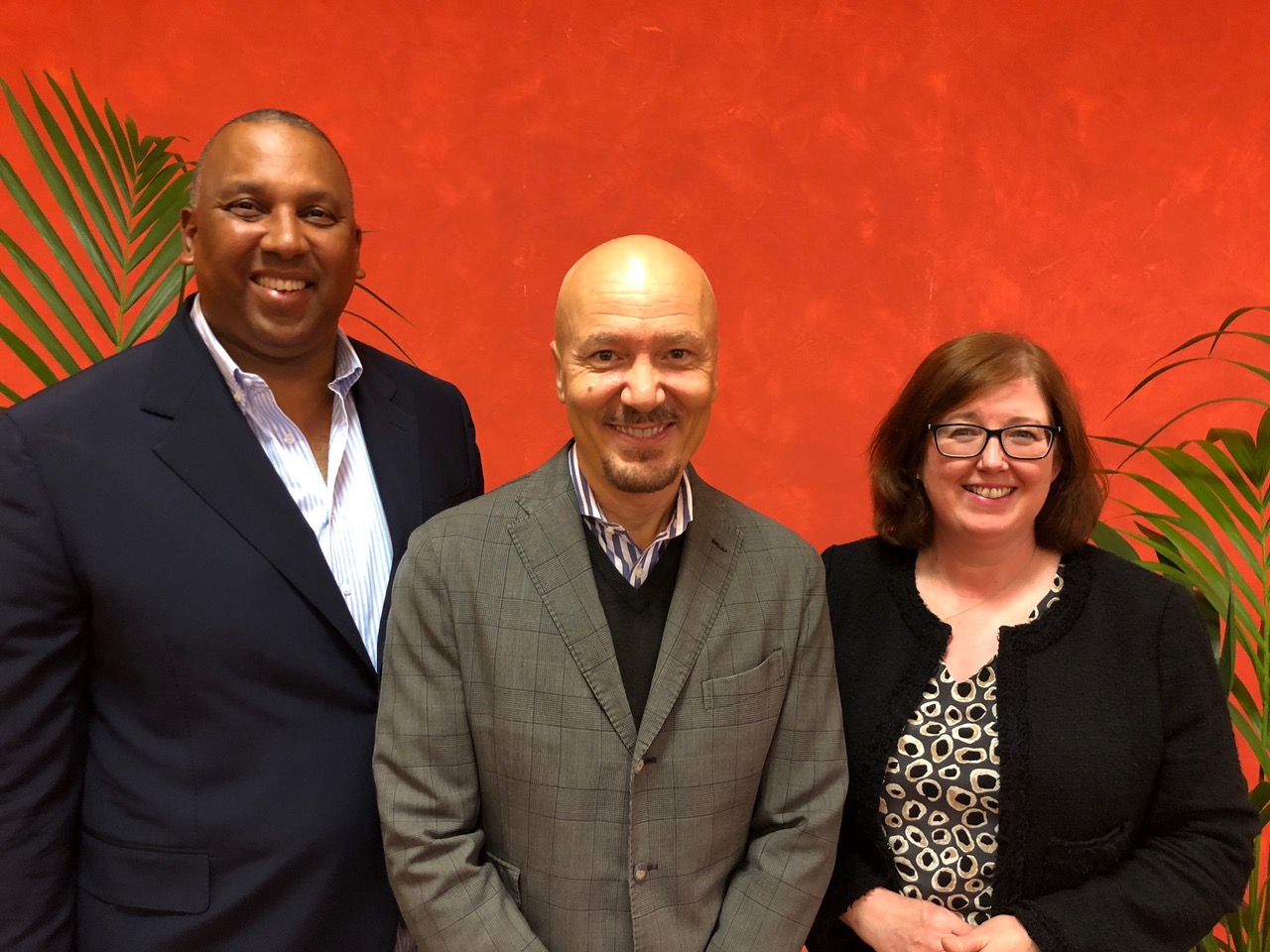 Larkin began her tradeshow and conference career in Europe before moving to the U.S. in 1995 to join Diversified, where she held roles in sales and as show director. She was appointed Group Vice President in 2004 and Executive Vice President in 2014.

She serves on many industry Boards including the Society of Independent Show Organizers (SISO), Executive Board of UFI (Global Exhibitions Association and Seafood Industry Research Fund (SIRF). She also serves on the Board of Directors for the Center for Grieving Children in Portland, Me.

UFI was founded in 1925 as a non-profit, non-partisan international association, and today is the global association for the exhibitions industry, directly representing more than 50,000 exhibition industry professionals in almost 90 countries around the world. UFI operates four regional offices in addition to the headquarters in Paris.

Diversified Communications Names Mary Larkin President of U.S. Division
Diversified Communications’ President and CEO Theodore Wirth promoted Mary Larkin to President of Diversified Communications’ U.S. operating division. “In 2014, we took the…
Michael Duck Named Incoming 2022-23 UFI President
Michael Duck, executive vice president for commercial development at Informa Markets and Informa Group, is the president-elect for UFI, the global association for the…
UFI Elects First President from India
The UFI Board of Directors has elected Anbu Varathan president of UFI for 2020-2021, making him the first person from India to hold this role in the history of the…
Straight Talk with Marie Browne, Group Vice President, Reed Exhibitions
Like many trade show industry professionals, Marie Browne didn’t plan to pursue a career in events, she “fell into” it. After earning a masters degree in business…
Mary Pat Heftman Named 2019 TSNN Awards Industry Icon Honoree
Mary Pat Heftman, who has overseen the National Restaurant Association Restaurant, Hotel-Motel Show for two decades, will be honored as the 2019 TSNN Awards Industry Icon…
UFI Elects Monica Lee-Müller as President for 2021-22
For the second year in a row, the UFI Board of Directors has elected a woman president. In an announcement made July 29, UFI declared Monica Lee-Müller as president of UFI…