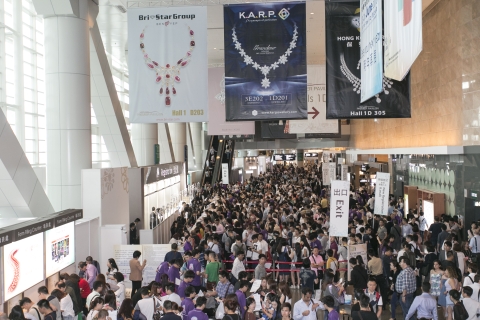 Three years after UBM revealed its ‘Events First’ strategy, the company has shifted its portfolio through a series of acquisitions and the sale of PR Newswire so that now 92 percent of its profits come from the events business.

That strategy continues to pay off, with the recent release of UBM’s 2017 first-half results showing an 18-percent revenue increase to £448.4 million ($585 million), compared with the same period last year, and while events' revenue growth during the last six months was modest – 2.7 percent - the future looks bright.

“In the first half of the year, the focused implementation of the ‘Events First’ strategy has delivered an acceleration in organic growth and an improved operating margin,” said UBM CEO Tim Cobbold.

He added, “The business is well positioned for stronger organic growth and further margin progression in the second half when we run many of our fastest-growing ‘major’ annual events.”

Cobbold said that UBM is “essentially in the events business now” and the focus going forward is on maximizing performance, such as increasing profit margins.

The acquisition of AllWorld Exhibitions last year (for $485 million), he added, has had a positive impact on the UBM’s overall business and looks to grow even more with the rise of the middle class in Asia.

“We’ve made really excellent progress with the integration (of AllWorld),” Cobbold said. “We paid quite a lot of money for it. Now, it’s all about growth.”

The portfolio in Asia continues to expand as well, with four of AllWorld’s previous biennial shows becoming annuals, as well as launching a new show.

UBM’s overall Asia portfolio performed well in the first half and sectors like food, hospitality and leisure had strong showings. The fashion sector, though, continued to be challenged, especially in the U.S.

“We saw strong growth in mainland China, India, South East Asia and Japan, supported by good growth in Continental Europe and this was more than sufficient to offset the market based challenges of ‘Fashion’ (which was down by 3 percent),” Cobbold said.

The U.S. fashion business, which includes MAGIC Market Week and all its collocated events, was relatively flat in the first half.

“Online is exposing weaknesses in the way established retail works in the U.S.’” Cobbold said.

He pointed to all the brick and mortar store closures. “There is so much more mall space than sales warranted,” he added. Online buying through Amazon also has placed a lot of pressure on buyers who come to the UBM shows, Cobbold said.

Even with the challenges in retail in the U.S., those will be offset in the second half of the year when technology events, notably BlackHat, run, he added.

Cobbold said that the U.S. is the largest and ‘most vibrant’ events market in the world, so they will continue to look for opportunities there.

As far as how the rest of 2017 looks, Cobbold said, “The business is well positioned for stronger organic growth and further margin progression in the second half when we run many of our fastest-growing ‘major’ annual events.”

He added, “Trading will also benefit from the large biennials which take place in the second half of odd years. While conscious of global macro-economic and geopolitical uncertainties, we are confident in the quality of our portfolio and the outlook for the year is therefore unchanged.”

TSNN Interview: UBM CEO Tim Cobbold Talks ‘Events First’ Strategy
As part of its ‘Events First’ strategy, U.K.-based UBM made huge leaps in 2016, as it continues to realign its overall portfolio with the completed sale of its PR Newswire…
UBM, Informa in Possible Merger Talks
After UBM’s stock price jumped considerably, news was released that the mega exhibition organizer is in talks to possibly merge with Informa, another mega exhibition…
UBM 2014 Full-year Revenues Dip 6 Percent: Focus on ‘Events First’ Strategy
Citing currency headwinds and lower biennial revenues in an `even' year, U.K.-based UBM reported a 2014 full-year revenue dip of 6 percent to £746.3 million ($1.15 billion)…
Tarsus Group Delivers Positive 2018 Half-year Earnings Results
Tarsus Group’s first-half revenues were $46.8 million (£35.6 million), up 32 percent, compared with 2016. Like-for-like revenues during the same period, and compared with…
UBM Confirms in Talks for Possible Advanstar Acquisition
U.K.-based UBM confirmed that it is in talks to acquire Advanstar Communications that “may, or may not, lead to a transaction.” The statement was made after Reuters reported…
First Facilities, Cities to Earn GBAC STAR Accreditation This Month
The first facilities to earn the new GBAC STAR accreditation from the Global Biorisk Advisory Council, a division of ISSA—The Worldwide Cleaning Industry Association, are…