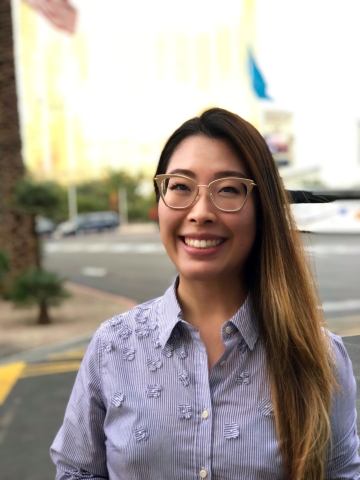 With the holiday season upon us, the trade show industry busily continues to grow its ranks and promote from within.

In addition, some long-time people in the industry passed away recently.

Bob Lozier, former executive vice president of sales and director of The Freeman Company, passed away peacefully at his home with his family Dec. 7 after a long-term illness.

Lozier, a native of Des Moines, Iowa, was hired at The Freeman Company by Buck Freeman in 1967 after service in the United States Marine Corps.

Lozier was the ultimate salesperson and was principally responsible Lozier was not only a key contributor to Freeman, but also a close, personal friend of the Freeman family.

Lozier is survived by his daughter, Melanie Lozier Henke, son-in-law, Greg Henke, and his best friend, Joyce Rosinski. A celebration of life will be hosted by the family after the holidays.

After several years of serious illness, Paul Flackett, managing director of the IMEX Group and long-time friend, collaborator and business partner of IMEX Chairman, Ray Bloom, has passed away.

Flackett was considered a great friend and valued mentor to industry colleagues in all corners of the world thanks to a career in the global meetings and events industry that spanned 30+ years.

During his career, he was actively engaged with many industry groups, holding several association leadership positions.

These included MPI, SITE, the SITE Foundation, Destinations International and, poignantly given the timing of his passing, ICCA. In 2004, he was presented with the Moises Shuster Award during the ICCA Congress for his outstanding contribution to the industry.

Lauren Castine and Leah Soluney have both been named event managers at the New Orleans Ernest N. Morial Convention Center (MCCNO) – the sixth largest convention center in the nation. In their new capacity, they will be responsible for managing all aspects of the event planning process.

As a liaison between the Center and clients, they will guide clients through event preparation and show set-up, monitor in-house events and oversee all related activities to ensure successful events.

Tradeshow Logic (TL), an event solutions firm whose services elevate the success of associations and show organizers, has brought industry veteran Chris Gowe onboard as vice president of strategic growth.

In this newly created role, Gowe will lead and inspire Tradeshow Logic’s exhibit and sponsorship sales team as they continue to create and deliver products that exceed client revenue goals.

Eisenberg, who is also an attorney, is now joining the ownership group at Bartizan Connects. Eisenberg is certified in Exhibition Management and was the chairman of the Southwest Chapter of the International Association of Exhibitions and Events (SWIAEE) in 2014.

At VISIT DENVER, Mowery will be responsible for supporting tactical initiatives to fulfill the Sales Department’s strategies and goals.

He will lead eight sales managers within the mid-market and EMM divisions, and will work closely with the Vice President, Sales & Services and Associate Vice President, Convention Sales as it relates to strategic planning, industry relations, sales plans, forecasts and reporting.

Travis has an extensive background in media and sales, most recently vice president of Media at the Goodyguys Rod & Custom Association.

Kim joined Edlen in 2014 with five years of hospitality experience. She quickly moved into the role of event manager, then senior event manager before her promotion to assistant general manager.

She has worked on the production of events such as the DNC in Philadelphia, JCK, MAGIC, Black Hat USA, VMworld and SupplySide West.

Aquarian, Shepard’s entertainment and production arm, today announced the hire of Chris Cherek as director of sales and as executive producer.

For more than 25 years, Cherek has managed and produced large-scale experiential event programs for a wide-range of corporate customers.

His experiences range from producing a public seminar series throughout North America for speaker and bestselling author Anthony Robbins, managing an experiential take-over of Times Square for Kimberly-Clark’s Cottonelle brand, the fan experience and VIP galleries for a PGA tournament and a national tour for Kellogg’s Special K.

People News: March Brings Plenty of New Hires, Promotions
Michael Fetter has been hired as the director of marketing in the Marketing Communications department for the Louisville Convention & Visitors Bureau. Before coming to…
People News: February Marks Busy Month of Hiring, Promotions
February wasn’t just a month to celebrate Valentine’s Day and slog through the dog days of winter in some areas of the U.S., it also was a busy time for companies to hire new…
People News: 2016 Ends with Flurry of New Hirings, Promotions
Instead of ending on a quiet note, last year finished up with a flurry of new hires and promotions at venues, convention bureaus and other companies. John Gonzalez, the long-…
People News: Tourism Vancouver’s New CEO, Plus More New Hires and Promotions
Recent job reports from the Bureau of Labor Statistics are dismal, yet the good news is that some companies within the events industry are still making hires and promotions.…
People News: New Hires, Promotions Are Full Speed Ahead Closing Out 2015
Whoever said December was a slow month, might have been wrong when it comes to end of this year’s new hires and promotions, with several companies bringing people on before…
October People News: New Hires and Promotions at GES, Freeman, Spectra and More
This fall has been a busy one for companies in the meetings and trade show business. Take a look. GES announced two major leadership changes this week. Jay Alitzer, who…