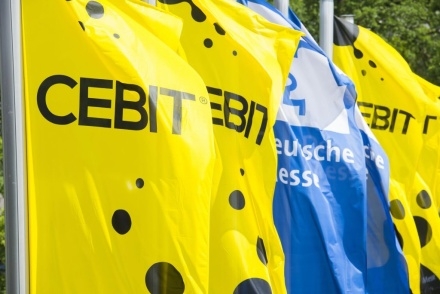 Hannover, Germany-based mega-show CEBIT, which was focused on computers and in its height attracted up to 1 million attendees, will no longer exist as a standalone event, according to Deutsche Messe officials.

Deutsche Messe is streamlining its event portfolio and will integrate CEBIT's industry-related topics into the HANNOVER MESSE event, while also developing additional CEBIT topics into specialist events for decision-makers from vertical industries.

Deutsche Messe will cancel CEBIT 2019 because of declining visitor numbers and a continuing reduction in exhibitor bookings. The event was scheduled to run in June in Hannover, Germany.

The latest CEBIT concept consisted of an exhibition, conference and festival and drew 120,000 visitors.

"In recent years, many discussions within the German industry have involved the thematic overlap between HANNOVER MESSE and CEBIT. It is now time to integrate the topics from CEBIT that are relevant for manufacturing, energy and logistics into HANNOVER MESSE," said Dr. Jochen Köckler, CEO of Deutsche Messe AG.

He added, "We are currently examining the digital market to determine which remaining CEBIT topics we will develop into new events."

Technological developments within the digital economy have reduced demand for horizontal tradeshows such as CEBIT in recent years.

As a result, many of CEBIT's traditional core exhibitors have turned to events targeting these industries to generate new business, according to Deutsche Messe officials.

Oliver Frese, Deutsche Messe's member of the managing board responsible for CEBIT, also has requested that the executive committee of Deutsche Messe's supervisory board release him of his duties effective Dec. 31.

The committee agreed to his request.

"We accept Mr. Frese's decision with regret und respect. It is difficult to lose such an experienced tradeshow manager and board member. Frese has served Deutsche Messe for many years, most recently as the member of the managing board responsible for CEBIT," said Bernd Althusmann, Economic Minister of Lower Saxony and Chairman of the Supervisory Board.

He added, "Especially with the new CEBIT concept, Frese showed courage, innovation and pioneering spirit. The further decline in demand for CEBIT is all the more regrettable, but at the same time, it shows that the CEBIT idea affected the entire economy. The topics it represented, such as digitization and artificial intelligence, are now seen as overarching tasks – which is also a success for CEBIT."

Deutsche Messe does not expect direct effects from the streamlining, having already adjusted CEBIT's role in and economic contribution to the events portfolio in recent years.

"Thanks to many other strong events and strong growth in our international business, Deutsche Messe remains in a secure and solid position as a company," Köckler said.

Deutsche Messe will continue to use the CEBIT brand at events abroad.

Don’t Let a Cancelled Trade Show Cancel Your Marketing Goals
Has a cancelled or postponed trade show made you feel stuck and wondering when you’ll be able to pick up where you left off? You don’t have to wait until trade shows can…
OFFPRICE Showfloor Grows Once Again at Summer Show in Las Vegas
The off-price industry is enjoying a heyday in which more national retailers are turning to the channel looking for a boost, and the OFFPRICE Show in Las Vegas remains a…
Emerald Cancels 2019 Interbike Show in Reno
Emerald Expositions has canceled next year’s Interbike International Expo that was scheduled to run Sept. 18-20 in Reno, Nev. Instead, the company says it will research…
Germany’s Massive Equestrian Show – EQUITANA – Set to Launch in U.S. Market
Billed as the ‘world’s largest’ equestrian event - held in Essen, Germany, and drawing 200,000 visitors and 850 exhibitors from 30 nations - a new EQUITANA show will be…
Consumer Electronics Show Expands its Massive Footprint, Yet Again
Despite the slight hiccup of a power blackout at the show, CES, the world’s largest consumer technology event, set a new size record this year with a 2.75 million net square…
Las Vegas CC Will Once Again Host Four Largest Citywide Shows in 2015
Four of Las Vegas’ largest trade shows, including No. 1 International CES®, No. 2 SEMA Show, No. 8 World of Concrete Exposition and No. 9 ASD LV will return to the Las Vegas…