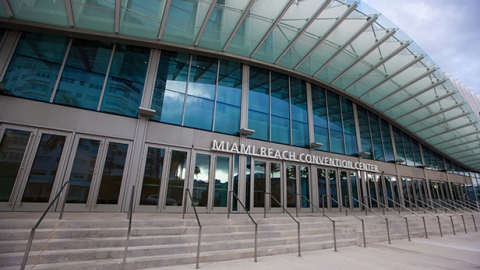 Last week, an overwhelming majority of voters from the City of Miami Beach approved the lease of public land for a privately-funded convention headquarter hotel that will be connected to the newly renovated and reimagined $620 million Miami Beach Convention Center.

The yes vote on ballot item No. 388 sets the completion of Greater Miami’s convention center district in motion, according to City officials.

Considered the missing ingredient in the destination’s meetings and convention package, the privately-funded, 800-room convention headquarter hotel will be an integral part of the convention district that will make Greater Miami more competitive in securing meetings business, thereby fueling more travel and tourism jobs and increasing economic impact to the community, according to William Talbert III, CEO of the Greater Miami Convention & Visitors Bureau (GMCVB).

“The headquarter hotel connected to the re-imagined Miami Beach Convention Center has been the missing piece in our destination’s world-class meetings and conventions offerings (and) now, the approved HQ hotel will bring important associations and conventions to Miami and the Beaches that would not have considered us an option before,” Talbert said.

He continued, “Now that the voters have spoken, the private developer will go through the City of Miami Beach’s Design Review Board and permitting process. This decision is a landmark moment for meetings in Miami – and meetings mean business!”

In just two short months, these conventions generated approximately $10 million in economic impact for the local community, according to GMCVB officials.

“We were fortunate to have early adopters like AHIMA who believed in the destination and booked the reimagined MBCC without a headquarter hotel,” said William D. Talbert III, president and CEO of the GMCVB.

He continued, “We knew they and others like them would not book again without a connected convention hotel. We have a world-class destination and now a world-class convention center package to offer meeting planners and clients.”