Jon Taffer on How to “Rescue” Trade Shows 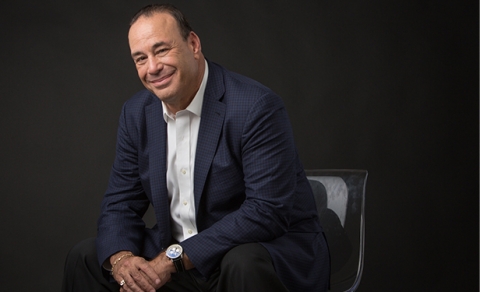 When Jon Taffer ran the Nightclub & Bar Show, his biggest fear was that an exhibiting company would skip a year. That exhibitor would then have the opportunity to see if it could succeed without that event. If so, they might never return. In 2020, “Everyone skipped the year,” said Taffer, who served as the event’s chairman in 2019.

In the downtime since the pandemic changed work patterns and put many trade shows and conferences on hold, the world learned to work differently. There might not be any coming back, either, if event organizers are not careful. “The technology industry is working hard to eliminate in-person meetings,” Taffer warned.

While Taffer’s red flag is perhaps a bit of an overstatement, Zoom, Microsoft Teams and dozens of other platforms have facilitated communication and business when individuals could not meet face-to-face. The pandemic certainly sped up the inevitable process of relying on digital interactions and experiences. Now, with a light at the end of the tunnel in sight, the stakes will never be higher for planners when articulating an event’s ROI. Companies and exhibitors are going to have deem traveling to a destination like Las Vegas, for example, is worth the financial costs and potential health risks.

As creator, producer and host of “Bar Rescue,” a popular show on the Paramount Network, the charismatic Taffer is used to overcoming obstacles to lead a business to success. The results are undeniable as the show ramps up filming again after the COVID-related hiatus.

Additionally, his blend of motivational pep talks and unusual personal story have made Taffer an in-demand speaker on the convention, conference, trade show and events circuit. He deserves much of the credit for the NFL Sunday Ticket, which revolutionized viewers’ game-day experience. Taffer is also using the knowledge from his years of consultancy with well-known hotels and brands to launch his own bars, Taffer’s Tavern (one opened in Alpharetta, Georgia, last fall), and mixology kits sold at national retail outfits.

How would this business mogul with decades of experience in the trade show world go about planning an event to make sure exhibitors don’t skip another year? Taffer shared with us a few key ingredients.

How to Budget for a Trade Show
Trade shows can be a very positive and lucrative experience for many businesses. There are numerous benefits such as networking, marketing and business development. Before…
How to Make a Splash at the Trade Show
If you’ve got a product or concept to sell, a trade show can be a great venue to demonstrate your solution for a receptive audience. But before you can make a sale or find an…
How to Save Money at Trade Shows
When done properly, trade shows usually justify the cost and help to generate qualified leads that turn into new sales.  However, as with any marketing activities, you…
How to Engage with Attendees at Trade Shows
There are several benefits associated with investing your time and energy in expanding the marketability of your product via a trade show. Trade fairs are powerful marketing…
How To Measure Trade Show Success
According to the Center for Exhibition Industry Research, more than $24 billion is spent annually by U.S. exhibitors on trade show displays, yet 70 percent оf these…
How to Create a Dynamic Trade Show Experience
If you're going to spend the money to get space for your company at a trade show - not to mention paying for people to man the booth or losing valuable employees who could be…