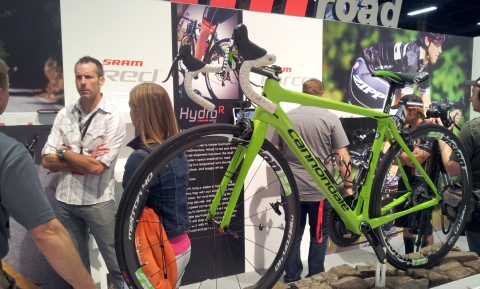 For the past two years, Emerald Expositions’ Interbike has taken up four halls at the Mandalay Bay Convention Center in Las Vegas, and now it’s set to expand to even more space.

The show previously filled halls A, B, C and D in the venue’s South Convention Center area and has added hall E to the mix.

“Contracts for booth space are coming in at a fast pace from returning and new companies,” said Pat Hus, vice president of Interbike.

He added, “We’re thrilled to have some familiar brands return to the show after being absent in years’ past, like GT Bicycles and Gore Bike Wear (with Hawley LLC), new brands like Fabric Saddles from Cycling Sports Group and more than 75 companies (to date) that have never exhibited at the show.”

Interbike will add a new VIP Retailer lounge on the showfloor and will be available to people who attended The 2015 IBD Summit, are among the 2015 NBDA America’s Best Retailers and more.

“The added space allows us to have more consistent, uninterrupted aisles which will naturally enhance show floor exploration and flow,” Klinger said.

She added, “In addition to creating a new Product Innovation Zone, we are also expanding the popular Urban Yard and relocating it closer to the new hall to accommodate heavy demand.”

The space also will accommodate a new section for companies that previously exhibited at the Health+Fitness Business Expo, a retail fitness oriented show that is no longer a stand-alone event.

In addition, Hus said that there will be increased space for additional showfloor networking and meeting space.