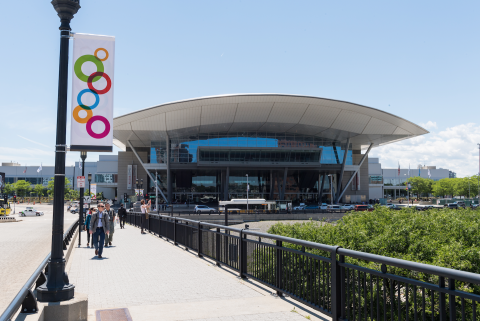 For any event organizer worth his or her salt, safety and security is always top of mind. In light of last week’s tragedy in New Zealand and today’s in the Netherlands, as well as many others — including the Las Vegas shooting outside Mandalay Bay in October 2017 — having an action plan in place in event of a security threat has never been more important.

Demonstrating this fact, Massachusetts Convention Center Authority will host the one of the industry’s largest, most comprehensive active shooter exercises to date at Boston Convention & Exhibition Center this Friday, March 22. Operation Vanguard, as the exercise is named, is the result of a grant funded by the Department of Homeland Security through the state of Massachusetts. It’s been in the works for about two years now, before the Las Vegas shooting even took place — and nearly six years since the terror attacks at the 2013 Boston Marathon, which hit close to home.

The end result will be a comprehensive active shooter joint response plan for BCEC. The higher goal for this exercise, however, is for it to be something that everyone in the industry can learn from — and that venues around the world can use as a way to implement procedures that truly guarantee the safety of everyone who meets inside.

TSNN sat down with one of the key players in Operation Vanguard, Rob Noonan, who’s been chief information security officer at MCCA for the past 12 years, to learn more.

This is a massive undertaking. How many people will be involved?

In terms of actual participants, with volunteers and observers, it will be well north of 300 people. We’ll have agencies from the federal, local and state government here as well. We received a grant to study an active shooter event that would take place at one of our venues, and when we applied for it, we really wanted to make it so that the outcomes of what we learned would benefit large venues throughout the globe.

We started about two years ago with what’s called a tabletop exercise — a precursor to what we’re doing this week. We sit around a table and have a scenario, talk about it and go through a protocol. From there, we had an after-action report, showing findings on things that we wanted to make adjustments to. BCEC is the largest building in New England; it requires its own dynamic plan that has to factor in a multijurisdictional response, so we’ve been figuring out how to write that plan. It’s been a long time coming — we’re really excited about it and looking forward to what the exercise will bring.

What outcomes are you hoping for?

One of the goals that we have is seeing if the principle elements of the plan we put in place are practical for a venue of our size and for the scenario we gave — [such as] how to get first responders into the venue, how to tell the public what’s going on and how we’re communicating with different branches of law enforcement. That said, I don’t think anyone who participates in an exercise such as this expects everything to go perfectly. We’ll try to figure out what needs to be tweaked going forward.

How will the takeaways from Operation Vanguard apply in the future?

Our hope is that we can take the elements of the plan and apply it to any destination. We will write an after-action report and share internally with our organization and first responders, then take that into an executive summary we can share more mainstream. What we hope is if show planners or partners have questions, they will ask us. This time it happens to be Boston doing this, but next time it could be Miami, Las Vegas, New York.

I’ve been with BCEC over 12 years now, and I’ve seen a dynamic shift. If you flash back 12 years ago, you got a handful of events a year that thought about security. Many of them thought it was a necessity but didn’t pay attention to finer details. Now, a lot more of our show planners are much more aware — and it’s tough not to be.

How does your team work with show planners on security plans?

We have a great dialogue with them. One of the things we try to do here is conduct pre-event assessments that draw out what security risks might be associated with the event. It could be a part of the industry they’re associated with or something with a speaker, for example. We work through those possible security challenges in a collaborative fashion with the show planners so they get educated along with us and see how we arrive at making a recommendation for security enhancements.

What about staff and attendees — are they adhering the basic tenet of, “if you see something, say something”?

Whether you’re working at the venue or attending a show, being aware and being alert to your surroundings can be the difference between detecting something before it happens, or not. We challenge [show organizers] to not only educate their own staff on suspicious indicators, but their attendees and clients as well. To me, that’s the one area where we all play a role and we can all make a difference; it just has to be part of the culture of your organization.