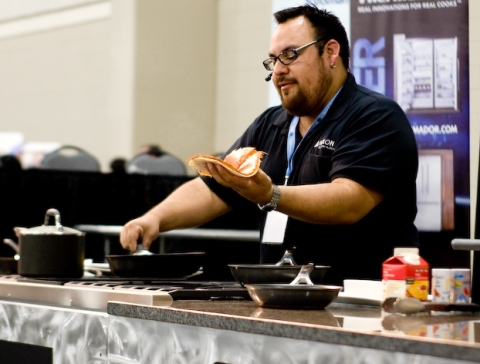 He added, "And, as the economy recovers we are seeing more new launches, more normal staffing patterns and a return to the more routine challenges that have always been around."

The results for 2014 expectations closely mirrored 2013 expectations, with the majority of the sectors meeting or exceeding expectations.

When comparing the overall results for all industry sectors from 2014 to 2013, only four sectors, Craft-Hobby-Woodworking (20 percent), Food-Beverage (12 percent), Home-Garden (13 percent) and Sportsman-Hunting-Outdoors (25 percent) reported events below expectations.

This still is a positive result, as three-quarters or more of the events in the respective sectors met or exceeded expectations.

Public Event producers were asked if their event Revenue, Exhibit Space Sales (NSF) and Attendance for their most profitable event in 2014 was better, nearly the same or worse when compared with 2013.

Since the benchmark report of 2009, Revenue and Attendance results grew incrementally and consistently from year to year. While both metrics showed positive movement in 2013, a slight decline was noted in 2014. NSF results for 2014 were comparable to 2013.

During the recession, of those surveyed in 2009, 50 percent of the events were cancelled, compared with just 2 percent last year. Of the ones canceled last year, event producers said all would be rescheduled.

Here are some other key findings:

·         Maintaining and growing attendance was identified as one of the major factors facing show producers in 2015. In support of this statement, 23 percent of the respondents in 2014 reported worse attendance than in 2013.

Click here to purchase the “Public Events Industry Report: 2014 Results”. The report is free for IAEE members and $99 for non-members.

The National Association of Consumer Shows assisted in gathering information that was utilized in this report.