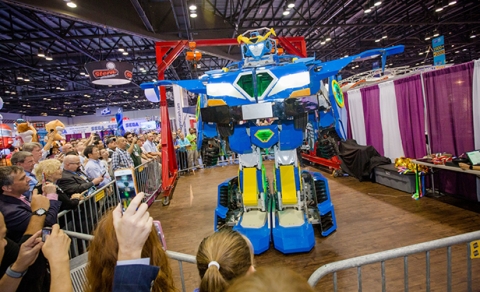 The International Association of Amusement Parks and Attractions (IAAPA) concluded its IAAPA Attractions Expo 2018 on a high note by shattering its own attendance records and boasting the largest trade show floor in the event’s history.

A record 42,000 global attractions industry professionals from around the world converged Nov. 12-16 at the Orange County Convention Center in Orlando to learn, buy and network at the annual Expo, which doubled as IAAPA’s centennial celebration.

“There is no better way to celebrate IAAPA’s centennial anniversary than with a remarkable and record-breaking Expo,” said Hal McEvoy, president and CEO of IAAPA, known as the largest international trade association for permanently located attractions.

He continued. “IAAPA’s mission is to connect attractions professionals with each other and with new and innovative ideas. All that and much more happened here in Orlando. It’s been an incredible week!”

According to IAAPA officials, 26,600 qualified buyers from around the world, including executives from amusement parks, water parks, family entertainment centers (FECs), zoos, aquariums, museums, science centers, resorts and attractions participated in the Expo, which pumped an estimated $77.2 million into the Orlando-area economy. 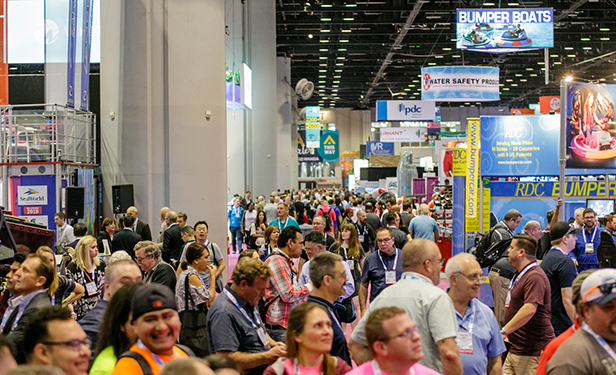 “As usual, the show was non-stop,” said Bob Williams, general manager of Calaway Park in  Calgary, Alberta, Canada. “We got relevant education that we can actually apply to operations and made valuable connections on the floor with manufacturers.”

He added, “We’re in a growth period as a company and the timing of the show aligned perfectly.”

Other highlights at IAAPA included:

“It’s been a great show this year,” said David Rosenberg, vice president of guest experience at the Monterey Bay Aquarium in Monterey, Ca. “The floor, the education, the record-breaking attendance: it’s representative of the industry and the direction we’re heading in.”

He added, “This week is setting the groundwork for the next hundred years and to see a show like this, that sets the bar as high as it is, couldn’t be more exciting.”

The IAAPA Expo 2019 will return to the Orange County Convention Center Nov. 18-22.