Going Deep: How to Create More Value for Anchor Exhibitors 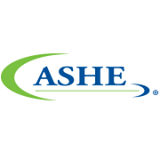 By Benjamin Rabe and Alexa Newman

Partnering with the right anchor exhibitor for your trade show can set the tone for your entire event. Dynamic sponsors bring excitement to the show floor. They attract other exhibitors and, most importantly, they engage attendees. Plus, the non-dues revenue streams boost your organization’s bottom line.

To grow your relationship with an anchor exhibitor, you’ll have to be willing to try new tactics, even take a few risks. We saw this recently when three of our client organizations set out to change their approaches. By thinking creatively, being flexible and breaking a few rules, the teams solidified relationships with their anchor exhibitors, resulting in deeper sponsorship commitments and more attendee engagement.

The American Society for Healthcare Engineering (ASHE), a personal membership group of the American Hospital Association (AHA), recently received a power boost from a longtime sponsor.

ASHE had a long-standing relationship with a Fortune 100 company. Sometimes they sponsored the event, sometimes they didn’t. The ASHE team decided to change its sales approach. First, they identified one key decision maker and sent a formal invitation for the leader to audit an upcoming show for free. During the visit, the team sat down with the decision maker and shared ASHE’s strategic plan and membership profile. Shortly thereafter, the company committed to a 400-square-foot booth for the following year’s event.

But the work didn’t end there. During a monthly conference call with the anchor exhibitor, the team learned that the exhibitor wanted a fresh approach to its exhibit. Together, the team and exhibitor developed a custom package around the company’s current marketing campaign with a power theme. The result was offering “power smoothies” to attendees from the company’s booth. Meanwhile, ASHE was charged with driving traffic to the booth. They broke a cardinal rule and agreed to make six “Voice of God” announcements over the exhibit hall speaker system. The team also placed four floor decals in the aisles.  The campaign was so successful that the company doubled its sponsorship commitment and increased its booth size by 50 percent.  In turn, two other exhibitors also committed to more engagement, with each increasing their booth size to 400 square feet.

At the request of an exhibitor, the Society of Gastroenterology Nurses and Associates (SGNA) created a program for exhibitors to hold continuing education sessions in their trade show booths. Sponsors partnered with SGNA to provide the ongoing sessions, giving nurses the opportunity to earn CE credits.

The program successfully drove traffic to the show floor and increased sponsorship revenue and square footage in the exhibit hall.  One sponsor told us, “Partnering with SGNA has enabled us to connect with our target audience and offer education courses to promote safe and effective use of our technology.”

Suspenseful to the End

American Society for Healthcare Risk Management (ASHRM), also an AHA personal membership group, partnered with an anchor exhibitor to create enough suspense to keep attendees hanging around the show floor until the very end of the show.

The exhibitor participated in the event every year with a 600-square- foot booth, but the company would host a party off-site and independent of ASHRM. They also were not a sponsor.  ASHRM’s sales manager and exhibit director sat down with the company’s representatives, who described their company’s passion for having fun while networking with customers. Together, they created an exhibit and sponsorship package that reflected the company’s “fun” image.

The sponsor increased its booth size to 1,500 square feet, and ASHRM allowed the company to serve food and drinks at their in-booth bar during show hours. A brand package was developed for outside the exhibit hall.

And then there was the major giveaway. The sponsor wanted to hold a drawing for a large gift. ASHRM also does giveaways. Working in tandem, ASHRM and the sponsor orchestrated their big drawings to be revealed at the end of the show, providing enough suspense to entice attendees to stay in the exhibit hall. The sponsor was happy with the results, and ASHRM is already seeing results for next year. So far they’ve increased their number of island exhibitors by two, and collectively, their island exhibitors are requiring an additional 1,000 square feet next year.

By building a vendor relationship and digging deeper into what an exhibitor really wants, your organization’s event can net some solid results. As attendees and other exhibitors begin noticing, you will be measuring the residual impact for years to come.

How to Create a More Sustainable Menu for Your Event
Creating a sustainable food and beverage plan for your events isn’t just about reducing your carbon footprint. Ultimately, it’s about taking on the responsibility for making…
How to Create a More Sustainable Trade Show Exhibit
Trade shows and sustainability aren’t often associated together. With huge amounts of materials and resources invested into creating single trade show stands (aka, exhibition…
How Exhibitors Can Create a Winning Strategy to Maximize ROI
As an exhibitor, you carefully select which shows to attend, invest time and money in these events and create the ideal booth. But have you invested time into developing a…
How to Create Memorable Content for Attendees
We live in a world of instant gratification, where consumers want targeted information, and they want it fast. This trend permeates almost every aspect of our lives. Consider…
How to Create a Sustainable Event
Events can cause considerable waste and a significant consumption of resources, like electricity and water. With the impact events can have on communities that host them and…
How HP Created a Sustainable Special Event
Sustainability is top-of-mind for tech giant HP. The company’s sustainable impact strategy mission is to create lasting, positive change for the planet, our people and…