Global Exhibition Industry Growth Slows in First Half of 2019 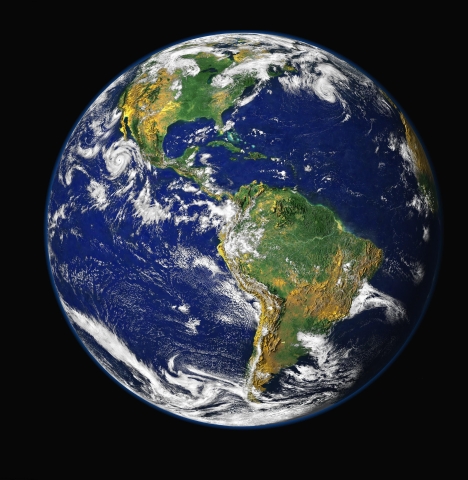 Revenue growth has slowed in the first half of 2019, compared with the same time period in 2018, according to UFI, the Global Association for the Exhibition Industry in its latest edition of its flagship Global Barometer research.

Even so, there still is an overall positive trend for the year in relation to revenue.

He added, “But the data also proves that exhibitions are not just resilient, but show a consistently strong performance and growth opportunities in many core markets around the world.”

However, the prospects for 2019 currently are lower globally, in line with the worldwide slowdown of economic growth.

However, current forecasts for the second half of 2019 and the first half of 2020 show a return to robust levels.

Eight of the surveyed countries and regions have, for all three periods surveyed, a majority of companies declaring turnover increases. These are Australia, Brazil, Italy, Japan, South Africa, Thailand, the UK and the U.S.

For the second half of 2019 and the first half of 2020, this is also the case for India, Indonesia, Germany, Macau and Russia.

In terms of operating profit, 80 percent of companies maintained a good level of performance in 2018, with around 40-50 percent declaring an increase of more than 10% compared to 2017.

When asked about the most important issues for their business in the coming year, companies remain concerned about the following four topics: “State of the economy in home market” (24 percent in the current survey, down 1 percent compared to six months ago), “Competition within the industry” (19 percent, unchanged), “Global economic developments” (19 percent, down 1 percent) and “Internal challenges” (16 percent, up 1 percent).

Results show that the majority of companies are responding to the accelerating process of digitization within the exhibition industry. The “Digitization Implementation Index”, which measures progress towards a state of “full digitization”, is at 27 globally.

China, Germany, India, Indonesia, Italy, Mexico, the U.K. and the U.S. are identified as the exhibition markets that currently are most advanced in terms of digital transformation.

This latest edition of UFI’s bi-annual industry survey was concluded in July 2019 and includes data from a record 322 companies in 57 countries and regions.

The study delivers outlooks and analysis for 16 countries and regions: Argentina (for the first time), Australia, Brazil, China, Germany, India, Indonesia, Italy, Japan, Macau, Mexico, Russia, South Africa, Thailand, the UK and the US. In addition, four aggregated regional zones have been analysed.

“In-depth research of this kind is the result of a trusted collaboration in the global UFI community,” says Christian Druart, UFI Research Manager and Secretary of the UFI Associations’ Committee. “This has allowed us to grow the number of market profiles even further, and we are pleased to welcome RUEF – The Russian Union of Exhibitions and Fairs – to the network participating in the barometer.”

In line with UFI’s objective to provide vital data and best practices to the entire exhibition industry, the full results can be downloaded at www.ufi.org/research.

The next UFI Global Barometer survey will be conducted in December 2019.

Editor's note: This article's headline was updated July 25. It previously read "Global Exhibition Industry Revenues Dip in First Half of 2019," which was incorrect.

Global Trade Show Industry Stays on Course thru 2015, First Half of 2016
Even with Greece throwing the Eurozone into uncertainty and the China stock market dipping precipitously, the trade show industry in these two regions, and the majority of…
Mega Expo’s Revenues Fall in First Half
Last week, Mega Expo, formerly known as Kenfair, a Hong Kong-based exhibition organiser, reported its interim results for the six months ended on 31st December 2017. The…
Sino Splendid Reduces Loss in First Half
Hong Kong-listed Sino Splendid (formerly China.com) has recently released its results for the six-month period ended 30th June 2018. Revenues in the first half were US$5.3…
Global Sources Q2 Revenue Growth Driven by Exhibitions
Global Sources reported total revenues in Q2 of US$68.5 million, up 17% year-on-year. Its exhibition revenues increased by 42% year-on-year to US$46.1 million, accounting for…
Trade Show Industry Growth Dips First Time in 25 Consecutive Quarters
The Center for Industry Research released its latest CEIR Total Index Report that indicated growth of the trade show industry declined during the fourth quarter of 2016.…
Asia Exhibition Industry Continues a Strong Growth Momentum
UFI, the global association of the exhibition industry, has just released the 11th edition of The Trade Fair Industry in Asia. The report reveals that net space sold in Asia…