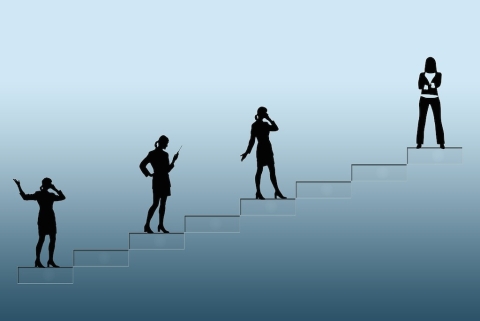 “Women in the Events Industry – equal partners or assistants?”

That was the question German events industry magazines tw tagungswirtschaft and m + a report along with IMEX Group posed in their international survey, “Women in the Meeting and Event Industry,” which was launched March 8, International Women’s Day.

With a large number of German and international industry associations and IMEX Group partner organizations calling on their members to participate, the project gathered a great amount of positive support before it was launched.

“We were very impressed by the great feedback from many of our partners before the survey opened as well as the actual level of response,” explained Carina Bauer, CEO of the IMEX Group.

She continued, “This suggests that we have asked about the right subject at the right time. The results give a clear picture of the current state of the industry and we will now continue to monitor this topic in future. We are delighted to be able to give a voice to all women in the global events industry.”

Within a three-week period, 3,059 women opened the link to the survey, of whom almost one third (909) gave answers to the questions, with 578 responding in German and 331 in English.

Out of those respondents, 628 were from Europe, of whom 473 were from Germany; 35 from Austria; 28 from Great Britain; 19 from Belgium; 11 from Italy and 62 from other European countries, while 150 respondents lived in North America, ten in Asia, seven in Africa, two in South America and one in Australia.

The results, which were presented at IMEX Frankfurt on May 17, revealed the following highlights:

·      Approximately 66 percent of women in the events sector say they love being part of the industry.

·      Only three out of ten women said they felt equal in terms of salary.

·      Only four out of ten women believe they have the same career prospects as their male counterparts.

In an industry so heavily populated by women, it appears the meetings and events world still has work to do when it comes to leveling the playing field for female event professionals.

“The high level of participation (in the survey was) very pleasing and we’d like to thank all the women who took part for their contributions,” said Kerstin Wünsch, editor-in-chief of tw tagungswirtschaft.

She added, “We see the response to our survey as a brief to pursue the topic together, especially as the survey reveals that there is a great deal of work to be done in achieving equal treatment in the workplace.”

German Exhibition Industry: Digitalisation and Data Protection
Digitalization is nothing yet to come. We are all living in the age of digitalization. We are already embedded, but it should not be considered as an end in itself. The…
UFI Releases “Women in the Exhibition Industry” Research Results
In keeping with its objective to provide vital data and best practices to the entire exhibition industry, UFI released the results of its “Women in the Exhibitions Industry”…
IMEX America Highlights Landmark Week for Event Industry
Billed as the incentive travel, meetings and events industry’s largest trade show in the U.S., IMEX America 2018broke its own records for success last week. Held Oct. 16-18…
International Association of Exhibitions and Events Reveals 2018 Award Winners
The International Association of Exhibitions and Events unveiled this year’s recipients of its awards program, which recognizes IAEE members and member companies who have…
The Viva Series, Part 1: Perspectives From the Events Industry on IMEX America and Beyond
Viva, in various languages, means long live, acclaim, support, live voice and more. I couldn’t think of a better word to describe the sentiment internationally around the…
Freeman Releases Brand Experience Survey Results, Acquires Fusion Brand Experiences
A recently released independent global study demonstrates that CMOs, brand managers and event planners across the world are putting more emphasis on in-person brand…