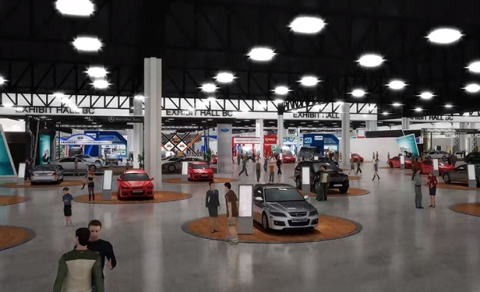 The Georgia World Congress Center is about to get even larger. Late last month, the downtown Atlanta facility officially broke ground on a $55 million expansion project, the venue’s first major expansion since 2002.

As a component of the Georgia World Congress Center Authority’s 2020 Vision strategic plan, the project features a new 100,000 square-foot exhibit hall that will join the GWCC’s B and C Buildings, creating more than 1 million sq. ft. of contiguous exhibition space.

Expected to be completed by the end of 2019, this new fixed “gateway” will enable the downtown Atlanta facility to compete for the industry’s most in-demand trade shows, conventions and exhibitions while offering its largest annual shows the room to grow as their business expands, according to GWCCA officials.

“Georgia’s preeminence on the national and international stage is the result of solid economic growth and increased tourism made possible by fixtures such as the Georgia World Congress Center,” said Georgia Governor Nathan Deal.

He continued, “As host to premier conventions, festivals, sporting events and trade shows, GWCC serves as the first impression for industry leaders interested in exploring all that Georgia has to offer. By expanding this welcoming center of opportunity, we are reaffirming our commitment to delivering world-class experiences for job creators and visitors, while laying a strong foundation for a more prosperous Georgia.”

The GWCC’s last extensive expansion came in 2002 with the completion of Building C, which features four exhibit halls, 23 meeting rooms, two auditoriums and the Georgia Ballroom and Galleria.

The Georgia General Assembly approved general obligation bond funding for the new exhibit space, which is estimated to have a potential economic impact of $632 million, according to GWCCA officials.

“The addition of this new contiguous exhibition facility will be a catalyst for the next level of growth,” said William Pate, president and CEO of the Atlanta Convention & Visitors Bureau.

He added, “We are one of only five convention centers in the country offering one million square feet of contiguous exhibit space and when combined with our impressive suite of venues, Atlanta is well positioned for the future.”