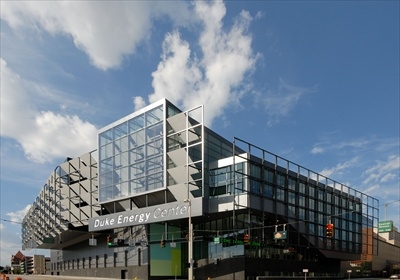 Smart City, an Internet and telecommunications provider for conventions, meeting centers and hotels, had been blocking personal mobile “hotspots” that were being used by convention visitors and exhibitors who used their own data plans, rather than paying Smart City’s fees to use the company’s Wi-Fi service, according to FCC officials.

He added, “All companies who seek to use technologies that block FCC-approved Wi-Fi connections are on notice that such practices are patently unlawful.”

In providing service at convention centers, Smart City charged exhibitors and visitors a fee of $80 to access the company’s Wi-Fi services for a single day.

The FCC’s investigation revealed that, if exhibitors or visitors to the convention centers did not pay this $80 fee, Smart City would automatically block users from accessing the Internet when they instead attempted to use their personal cellular data plans to establish mobile Wi-Fi networks – or “hotspots” – to connect their Wi-Fi-enabled devices to the Internet.

As part of the settlement, Smart City will cease its Wi-Fi blocking activities and will pay a $750,000 civil penalty.

Mark Haley, president of Smart City, said in a statement that the company was not “gatekeepers to the Internet.”

He added, “As recommended by the Department of Commerce and Department of Defense, we have occasionally used technologies made available by major equipment manufacturers to prevent wireless devices from significantly interfering with and disrupting the operations of neighboring exhibitors on our convention floors. This activity resulted in significantly less than one percent (1 percent) of all devices being deauthenticated and these same technologies are widely used by major convention centers across the globe, as well as many federal agencies.”

Haley said that Smart City had acted on good faith and did not have prior notice that the FCC considered the “use of this standardized, ‘available-out-of-the-box’ technology to be a violation of its rules.”

He added that when contacted by the FCC in October 2014 the use of the technology was halted.

Citing what would need to be a “vigorous defense” that likely would be costly, Haley said instead, they have “chosen to work cooperatively with the FCC, and we are pleased to have resolved this matter.”

The settlement with Smart City came about after the FCC received an informal complaint in June 2014 that consumers could not connect to the Internet at several venues where Smart City provided Wi-Fi service.

No evidence exists that the Wi-Fi blocking occurred in response to a specific security threat to Smart City’s network or the users of its network, according to the FCC.