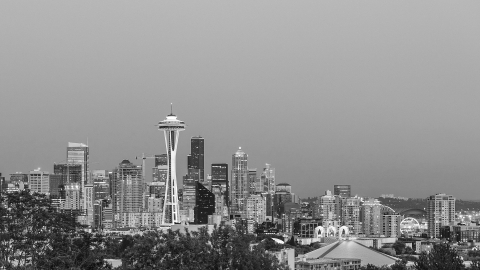 The NBA has suspended its season and the NCAA Tournament will be played without fans. Organizations around the country are reacting to the news of COVID-19 by encouraging “social distancing,” and federal, state and local governments are imposing bans on travel and large gatherings—all in the name of halting the spread of the virus. What that means for event professionals is that in many locations, canceling or postponing an event is not a choice, but a requirement.

Here’s what you need to know now on a national, state and city level. Please note, this story continues to develop.

President Trump issued a ban on travel from Europe on March 11. U.S. citizens returning from the 26 countries in Europe’s Schengen area, however, will be permitted to return to the country.

The CDC encourages all travelers to review this complete list of destinations and corresponding travel restrictions and warnings here before embarking on any international travel and is recommending travelers avoid all nonessential travel to the following European countries. The Department of State is also advising U.S. citizens to reconsider all travel abroad at this time.

California: Governor Gavin Newsom issued an announcement on March 11 banning gatherings of 250 or more people, and stated that a personal distance of at least 6 feet should apply to attendees at smaller meetings. Gatherings of individuals who are at higher risk for severe illness from COVID-19 should be limited to no more than 10 people, while also following social distancing guidelines.

Colorado: On March 10, Governor Jared Polis declared a state of emergency. In a news conference, Polis stated, “To our state and our economy, it’s important for me to say declaring a state of emergency does not mean that Colorado isn’t open for business, or recreation, or tourism. We are.”

Maryland: Maryland Governor Larry Hogan announced a state of emergency after three confirmed cases of COVID-19 were confirmed in the state on March 7, according to the state’s Department of Health.

Massachusetts: Gov. Charlie Baker declared a state of emergency as cases statewide jumped by 51 to 92 as of March 11. Of that number, 70 are now connected to a meeting held by the biotech company Biogen from Feb. 24-27 at the Marriott Long Wharf in Boston.

Nevada: At press time, no meeting bans or restrictions have been issued. However, many organizations have proactively canceled large meetings and events.

New Jersey: The number of coronavirus cases in the tri-state area has tripled since Friday (March 6) — surging from 49 cases to 156 — and leading New Jersey Gov. Phil Murphy to declare a state of emergency.

Oregon: On March 11, Governor Kate Brown announced a state-wide ban on meetings of 250 or more people. At this time, the ban is slated to last for four weeks.

Washington: Following his declaration of a state emergency on Feb. 29, Governor Jay Inslee issued a proclamation on March 11 restricting gatherings of 250 or more people in King, Pierce, and Snohomish counties. Washington has been home to the majority of deaths in the U.S. from COVID-19. In addition, Inslee is discouraging packing into crowded bars, saying such socializing has become “unacceptable.”

Washington D.C.: While no formal ban has been issued, the DC Health Department on Monday recommended that all non-essential mass gatherings of 1,000 people or more be postponed or cancelled through March 31.

New York City: As of Monday (March 9) afternoon, New York has the most cases of COVID-19 in the country. That includes new cases in Westchester County, which has become one of the nation's biggest COVID-19 hotspots. Schools and houses of worship in the New York City suburb of New Rochelle will be shut down for two weeks as the state works to contain the nation’s biggest known cluster of COVID-19 cases, with more than 100 sickened. On Tuesday, Gov. Andrew Cuomo said he intends to send the National Guard to help scrub public spaces and deliver food. March 12, Mayor Bill De Blasio declared a state of emergency in New York City.

San Francisco: On March 11, the city enacted a ban on gatherings of 1,000 or more people, including sporting events.

Preparing for the GDPR: What Event Organizers Need to Know
The European General Data Protection Regulation (GDPR) is designed to harmonize all existing regulations to provide a higher level of security for citizens of the European…
Complimentary Webinar: All YOU Need to Know About Event Technology Trends
If you’re an exhibition organizer, you may be wondering how your peers are handling some of the critical issues surrounding event technology - addressing the large number of…
What Event Organizers Need to Know About Coronavirus and Canceling Contracts
Lisa Sommer Devlin, owner of Phoenix-based Devlin Law Firm which specializes in hospitality law, has received about a dozen phone calls from hotels in the past week. They’re…
Personal Branding Series, Week 1: Why Every Event Professional Needs One
If you think cultivating a personal brand is self-centered and self-serving, think again. Amidst the ongoing global pandemic, there’s never been a more important time to…
Associations for Meetings, Trade Show Industry Express Concern Over Travel Ban
With the stroke of a pen last Friday, President Donald Trump put in place an Executive Order calling for the ban of Syrian refugees entering the U.S. for the next four months…
Industry Hails Lifting of U.S. Travel Ban for Vaccinated International Visitors as Pivotal Move
Officials throughout the tourism, exhibitions, conferences and events sectors overwhelmingly applauded the Biden Administration’s announcement this week that U.S. travel…