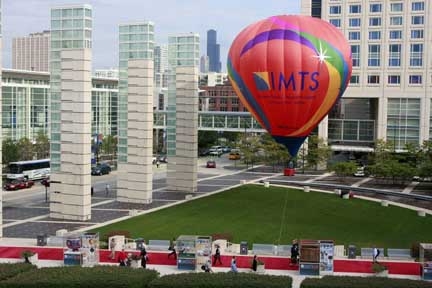 “Industrial production is returning to the U.S., bringing with it mechanical and electrical engineering,” said Dr. Andreas Gruchow, member of the managing board at Deutsche Messe AG.

He added, “It was clear at IMTS this year that many industrial companies in the U.S., Canada and Mexico are increasing their investments in machinery and factories. It is therefore an important and correct step for us to enhance the existing MDA North America and Industrial Automation North America with these additional topics.”

All five trade shows are part of the HANNOVER MESSE portfolio and will be collocated with the IMTS Sept. 12-17, 2016 at McCormick Place in Chicago.