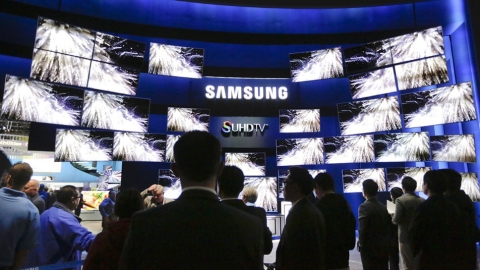 CES 2016 broke its own record from last year with 2.47 million net sq. ft. showfloor, up from 2.2 million last year, taking over the Las Vegas Convention Center, Sands Expo & Convention Center and the Venetian, as well as the Wynn, Aria, Vdara and Cosmopolitan.

For the first time, attendance was capped at 176,000 to help with logistics and actual attendance exceeded 170,000.

It also was helpful that for the first time ride-sharing services Uber and Lyft were allowed to operate in Las Vegas, making it easier to get around.

In light of the recent global events, CES implemented new security measures, including bag checks, body screenings, no luggage or rolling bags on the floor and increased security personnel.

What could have been a cumbersome process, getting into venues was relatively smooth and fast. “We wanted to have a strong security presence and at the same time, people needed to be able to do their job,” Chupka said. “Everyone was very understanding.”

Once on the floor, the excitement was palpable. From virtual reality to person-carrying drones to robots, it was hard not to marvel at innovation and ingenuity.

"You see so many important trends at CES," said David Hagan, chairman and CEO, Boingo Wireless. "This week we saw that devices are no longer just connecting to the Internet, they are increasingly connected to each other."

Chupka noted that show also is planning growth for business-related areas, such as cyber security and privacy, especially as the Internet of Things continues to become a reality.

Sports and technology area and Sports Business Forum also are expected to grow.

Emerging innovation was at the heart of this year's show with 500 startup companies in the Eureka Park Marketplace, up from 375 in 2015.

"Eureka Park was incredibly inspiring," said Paul Sabbah, president, Stamford International Inc.  "The exhibitors see a future that many of us have forgotten was ever there."

Attendee Jean-Pierre Beaulier, analyst with French-based B@TI, noted that even though he was hoping to see a big breakthrough, it was still very much worth it to travel to Las Vegas.

He was particularly impressed with the emerging smart home technologies in Eureka Park. “I really want to see immersive 3D virtual reality technology that lets you choose where you go and what you see,” he said.

Check out the highlights video.