According to Caesars officials, revitalizing the company’s flagship casino-hotel on the famed Atlantic City Boardwalk, Caesars Atlantic City, will be a particular focus. The first phase of the project is set to debut this summer.

“These exciting plans over the next three years will revitalize Caesars’ brand of hospitality, and will continue to position Harrah’s, Tropicana and Caesars Atlantic City as leading resorts in the market,” said Anthony Carano, president and COO of Caesars Entertainment, the U.S.’s largest gaming company “We remain bullish on Atlantic City, and this commitment will further position us for long-term growth and success.”

In the next few months, Caesars Entertainment will unveil $170 million in room enhancements designed by Interior Image Group at Caesars and Harrah’s Resort, beginning with approximately 600 guest rooms and suites in Caesars’ Centurion and Ocean Towers, and Harrah’s Atrium Tower.

At Caesars, the refreshed designs will follow a modern Roman aesthetic inspired by the beach, ocean and boardwalk. Guest rooms and suites will feature rich hues of blue and cream accent colors, contrasting white and gray tones and contemporary furniture, including modern bathrooms with oversized showers, mirrors and signature amenities. 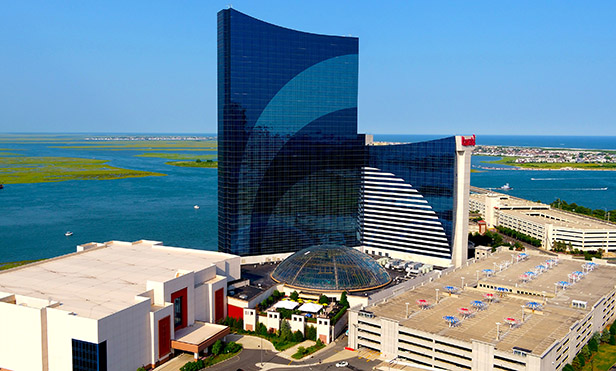 At Harrah’s, inspiration for the room enhancements derive from the casino’s “upscale yet accessible” vibe, with fun, lively and vibrant design elements playing off the resort’s sophisticated Marina District locale.

Additionally, Harrah’s is gearing up to debut five new amenities by Memorial Day weekend, including:

“This $400 million-plus investment in our properties is a significant investment that you don’t see in other cities and it’s a game-changer for the destination,” said Steve van der Molen, Caesars’ vice president of meetings and conventions for the Atlantic City region.

He continued, “Atlantic City is within 3-5 hour driving distance for one-third of the U.S. population and it’s just the perfect location between Washington D.C., Baltimore, Philadelphia and New York to have a conference. Plus, we have the Jersey Shore. A lot of our peers and competitors are realizing that investing in [Atlantic City] is a good ROI, which is why you’re seeing others doing large capital investments. We saw that a long time ago, which is why we built the Waterfront Conference Center at Harrah’s five years ago.”

Other hospitality companies have indeed been making waves lately in the destination, with several recent reinvestment and development announcements. These include Twin River, Bally’s Atlantic City’s new owner, committing to spending $90 million to transform the aging property, Ocean Casino Resort’s $15 million re-investment in gaming and non-gaming renovations and ambitious family-friendly plans for the Showboat hotel.

“We are thrilled for the continued investment and redevelopment that is occurring throughout Atlantic City as we continue to move our destination forward, said Meet AC President and CEO Larry Sieg. “With new investment comes new business opportunities for the meetings and events industry, and additional tourists who are looking to escape to new experiences. We applaud our casino and non-casino properties as they continue to reinvest in their products.”