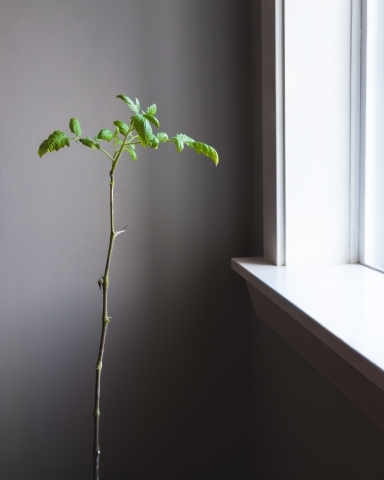 Obviously, times are tough for the events industry right now. It’s something we’re all experiencing, feeling and grappling with as we wake up each morning. So many article direct us all to keep the faith or put on a happy face, but there are some days when we just don’t feel capable of doing that — and that’s OK. One thing you can focus on during this time, however, is working on your own leadership qualities that will help you and your teams emerge from the COVID-19 pandemic stronger than before. Angela Raub, CEO of Leadercast, shares her insights on not only surviving this crisis, but also preparing to thrive on its outset. Here’s how.

Sitting in silence is powerful. “I think the ability to take a pause and take time to reflect is extremely important for us to come out of this positively, not just from a perspective as a leader, but as a way for us to better our world,” says Raub. The COVID-19 pandemic is one of the few occurrences in the world over the last century that truly includes all of us. Through taking what she calls an “adult time out,” you can take a look at where you are personally, and where this crisis has made you uncomfortable — in good and bad ways.

Raub’s philosophy is “hands up and out,” focusing on being grateful for your experiences in the landscape of your life and recognizing what positive things have come from this situation. For example, she says her mailman, Lee, recently shared with her that in his 30 years of being a postal worker, he wants to rush home even more on Saturdays now to be with his family, because of the joy in his heart from seeing other families playing together in their yards. “Through this disruption, he’s seeing something good,” says Raub. “He’s seen the world around him change for the better.”

To pivot is to move either forward or back — but, are we a failure if we pivot back? Raub says not necessarily, as innovating back toward old habits, which may have been forgotten amidst all the busyness of our lives, can be a positive move. “Through the compression of many organizations, we’re going to realize that some lines of business or ways we organized weren’t as effective as we thought,” she explains. This is why we may see some innovating not only with new ideas, but pivoting back to ideas that were tried and true for us.

Consider the premise of adult learning, for example: For it to be effective, you must offer elongated learning opportunities throughout the year with different junctures of engagement, says Raub. When Leadercast took its events virtual to accomplish this in the past, they found participants were not as engaged, so they focused on building out smaller, in-person gatherings. Raub thinks this move toward condensed events with a digital component will be a strategy we’ll see more of going forward; “I don’t think we’ll have gatherings of thousands of people in 2020,” she adds.

Listen more than you speak.

We’re all tied up in Zoom meetings throughout our days. The key to strong leadership during these times is to listen more than you speak. “When you’re on Zoom, mute and watch a lot more, and make sure you’re staying in tune and getting to know people better,” says Raub. Watch their physical being, their facial expressions and body language; you’ll be able to see if they need extra reaching out, she adds. Have the courage to let another person take the helm of calls, too. This is a tactic called “leading out,” Raub says, and she does this by calling members of her team prior to a call and asking them to be the leader. “We’re developing our future leaders by having them feel more engaged, and I can only get better at Zoom if I let people from my team interact.”

Leaders of any size of organization must increase their empathy to help curtail the heightened anxiety of their employees, says Raub. For example, some of your employees who’ve lost childcare arrangements might be going back to ground zero of establishing their new normal. That’s why leaders will need to continue being flexible for a while going forward until people get their feet back under them again.

As the world learned from Marriott CEO Arne Sorenson’s heartfelt video message to his employees, it’s OK to show your vulnerability as a leader. “[He was] a true example of being vulnerable yet empathetic; regardless of his own physical challenges, he wanted to meet people where they were at,” Raub says. She’s shown her emotional side to her team throughout this crisis, too, having times where she’s had to put her head down or become choked up during Zoom meetings. “The one thing I ask my team all the time is, ‘Are you OK?’” she says. “Even if a leader can’t answer the question of whether they’ll have a job tomorrow, your people matter in the moment, all the time.”

In what ways are you developing your own leadership skills during this crisis? Share with us in the comments.

8 Trends from PCMA Survey of COVID-19 Impact on Event Professionals
A few weeks ago, PCMA sent out an email invitation to event planners and suppliers asking for participation in a survey on how they were reacting to the COVID-19 pandemic and…
Virtual Events Take Center Stage During COVID-19
COVID-19 has had an enormous effect on business, with the live events industry one of the first to be hit. While some predict the pandemic will reduce or even eliminate the…
During COVID-19, Hold Your Next Meeting Outside
Sunny days are upon us, followed by star-studded nights. Wouldn’t it be fantastic if you could bring your typical indoor event outside? The answer is you can…but you need a…
GBAC STAR Accreditation Program Launched to Address COVID-19 at Venues
In response to the COVID-19 outbreak, the Global Biorisk Advisory Council® (GBAC), a Division of ISSA, unveiled its GBAC STAR facility accreditation program on cleaning,…
CEIR Preliminary Projections on Economic Impact of COVID-19 on U.S. Exhibition Industry
The Center for Exhibition Industry Research released preliminary projections today that outline the impact that the novel coronavirus pandemic will have on the U.S. B2B…
PCMA and CEMA Team Up to Offer COVID-19 Education Webinars
At Convening Leaders in January, PCMA announced a strategic partnership with CEMA. As one of their first joint projects, the two associations have planned a series of…