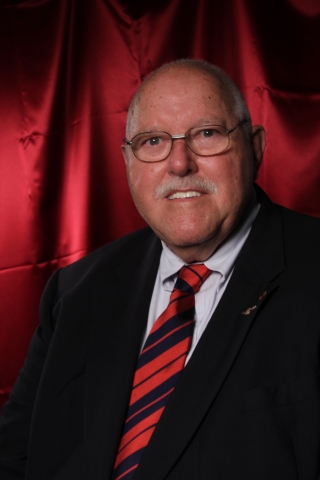 There aren’t too many people who can claim they have been in the industry for more than 50 years, but Jerry Kallman Sr. started off in 1963. Since 1963, Kallman Associates specialized in serving as the United States and Canadian representative office for numerous world renowned trade show organizers primarily in Europe, Asia and the Middle East. The company now is run full-time by Jerry Kallman Jr., while Jerry Sr. is chair of Kallman Worldwide. Jerry Sr. took some time to tell TSNN about his many years of experience in the industry.

TSNN: How did you get into the trade show business?

Jerry Kallman Sr.: It’s complicated but here goes:  In 1963, a group of American electronic components companies in Germany, thwarted from entering the big Hannover Fair, decided to hold their own event and called it “Electronica”.  Their PR man was a former colleague reporting to me when I was PR manager for ITT Corp. (and he worked for ITT-Lorenz).  He left them around the time I founded Kallman Associates in 1961.  The Electronica team needed an American recruiter and he turned to me, since I knew the media, had been in charge of exhibitions for ITT and was hungry for international business. We recruited more than 270 exhibitors for the 1964 show and the Munich Trade Fair Authority offered me exclusive U.S. representation for their full calendar of events. My focus went from serving clients like Art Linkletter and Grumman Aerospace to exclusively selling Munich trade fairs. We represented Munich continuously through 1999.  Today, Electronica is the largest event in its field.

TSNN: How different was the industry when you started compared today?

Kallman Sr.: Since my experience has been almost exclusively outside of the United States, I can trace the gradual awakening by SMEs as well as the major players, to the profits to be made by

entering overseas markets. It was considered either courageous or foolhardy for a company to enter an export market in the early 60’s, and there were many false starts and disappointed sales managers before sophisticated marketing techniques caught up with their aspirations.

TSNN: What are some of the lessons you have learned being part of this industry?

Kallman Sr.: To succeed in the international marketplace, one must treat overseas selling with all the tools the marketing manager has at his or her command when accessing the domestic market, with the added obstacles that national or “traditional” approaches vary widely in some venues from our American techniques. Trade show participation abroad also is approached in ways that differ from what one might find in New York or Chicago or LA.

TSNN: What is your favorite part of being in this industry?

Kallman Sr.: Making friends around the world in different cultures and different social milieus. There is a kind of camaraderie among colleagues and mutual support that old timers enjoy.

TSNN: Anything that you miss that you wish was still around?

Kallman Sr.: Dedication to the principle that an exhibition exists for the benefit first of the exhibitor.

My pet peeve derives from the anathema attached to so-called “suit-casing”, where a representative from a rival event visits a show with the intention of educating exhibitors about his show.

In Europe and Asia, organizers believe that whatever assists the exhibitor in expanding his business, even to the point of learning about a competing or complementary event while at his show, contributes to the exhibitors’ benefit. The universe is wide enough to accommodate more than one industry leader.

TSNN: Anything that you are thrilled went away?

Kallman Sr.: Thrilled?  But I am glad to see less and less of pipe-and-drape being used in American shows.  Somehow, this format never made the jump across the Atlantic or Pacific, so the end may be in sight domestically too.

Kallman Sr.: When I received the IAEE “Pinnacle Award”, the citation referred to opening up international markets and acceptance of the concept of pavilions or grouping of companies by nationality or commonality of products on offer. Getting in on the ground floor with a progressing partner like the Munich Fair Authority, made attracting exhibitors abroad infinitely easier.

Kallman Sr.: From Day 1, our guiding principle has been Service.  Each of our people has experienced an overseas event, come face-to-face with unexpected situations and had to improvise on the spot. When a prospect calls with a laundry list of questions, some frivolous, some right to the point, we never short-change anyone with curt replies or half-answers. I, for example, have eavesdropped on several conversations where our sale person went far, far beyond the normal to answer extraneous questions that had special importance for the caller (like adding a ski holiday to a sporting good show in Munich, or getting opera tickets during the Paris Air Show). We offer Exhibiting with Confidence, and then set out to earn that confidence.

Tradeshow Industry Trailblazer Jerry Kallman Passes Away
Typically, TSNN would write a straightforward news article on a long-time member of our industry’s passing - Gerald G. "Jerry" Kallman, Sr. – Jan. 10, 1931 - May 20, 2020 (…
Germany, U.K. Dominate Top 10 Trade Show Companies Worldwide in 2015
On the Top 10 trade show list of companies ranked worldwide by revenues in 2015, as tracked by AUMA Association for the German Trade Fair Industry, Germany and U.K. are…
Trade Show Leader: Amirexx’ Margaret Pederson
Margaret Pederson entered the exhibition world by happenstance, like many in the field.  She studied marketing (along with international business and law), but not…
Trade Show Leader: Freeman’s Bob Priest-Heck
Freeman President and COO Bob Priest-Heck was in the right place during the right time to ride the new wave in the digital technology community in publishing when he joined…
Trade Show Leader: mdg’s Vinnie Polito
Vinnie Polito has spent more than 25 years in senior leadership positions in the trade show industry, including nine with Reed Exhibitions. During his career,…
Trade show Leader: IAEE’s Cathy Breden
With 20-plus years in the trade show industry, Cathy Breden, CMP, CAE, currently is executive vice president and COO of the International Association of Exhibitions and…