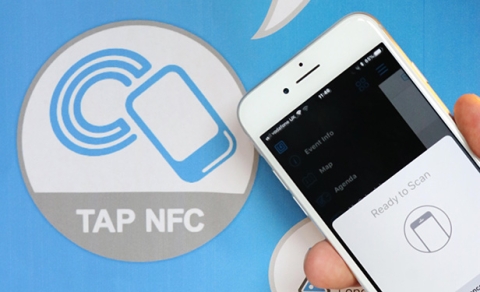 With an NFC-enabled mobile app, attendees can check into an event or individual sessions, swap contact details or collect content, all by using their own smartphones. While Android phones have offered access to NFC capability for some time, it’s taken longer for the iPhone to catch up, with Apple announcing earlier this year that the existing NFC capability on the iPhone (currently used primarily for Apple Pay) was being opened-up to third-party app developers in the iOS 11 update.

Since then, Noodle Live has been working to integrate this new functionality into their Android and iPhone event apps, culminating in the launch of the first-ever, NFC-enabled event app.

“The inclusion of NFC technology within event apps is the next step in further blurring the lines between the physical event space and digital interactions,” said Clemi Hardie, managing director and founder of Noodle Live, a U.K.-based event technology solutions and consultancy company that mainly works with mobile apps and RFID smart badges as well as other types of cutting-edge tech.

She added, “This is iOT in action in a way that is particularly suited to live events.”

Instead of using physical hardware to scan badges, event organizers will be able to design and encode “smart” posters via Noodle Live’s online portal, posters that can be displayed throughout an event.

To use the technology, users simply download an event’s NFC-enabled event app and tap their phone at any smart poster (which contain a small NFC chip), allowing them to access event swag, collect key event contacts and check in to educational sessions.

By replacing the current practice of placing screens around an event environment and scanning a name badge using a QR code or RFID chip to achieve the same means, this new solution could change the way key event touch points work as well as dramatically reduce the cost of implementing contactless technology, according to Noodle Live officials.

“An NFC-enabled event app means that every aspect of your attendee’s experience will be brought back to their own device, allowing them to interact seamlessly with live event environments,” Hardie explained.

She continued, “NFC event apps remove barriers to entry and help attendees integrate their experience at the event with other aspects of their digital lives. We hope this will make them much more likely to interact and follow-up after a live event. Even more exciting, the fact that attendees are supplying their own device means lower costs for organizers.”

Keeping in mind that not all event attendees will have NFC-enabled phones in the immediate future, Noodle Live will be offering a hybrid solution that enables users to use either an RFID name badge or their own NFC-enabled device to interact with event swipe points.

“Smart devices are an essential element of everyday lie and an increasing number of us are running several aspects of our daily lives through the device we carry in our pocket,” Hardie said.

Founded in 2013 and based in London, Noodle Live has worked with more than 300 events in 25 countries and with companies including Xero, Fujitsu, Lidl, Arup, Jaguar Land Rover, Deloitte and Google. To learn more, go HERE.