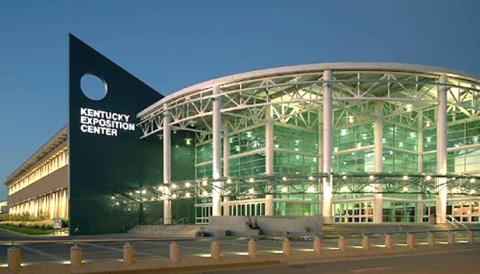 Despite the ongoing pandemic, the trade show industry is still conducting business deals in preparation for better times ahead. Take a look.

Event venue food and beverage provider Centerplate has renewed its long-term hospitality partnership with the Roland E. Powell Convention Center in Ocean City, Md. The agreement, which extends through June 2025 and comes with an additional five-year option, precedes the venue’s 30,000-square-foot expansion project.

“While we work hard to transform the complex into a premier, next-generation meeting and entertainment destination, we are happy to continue working with Centerplate as our exclusive hospitality partner,” said Larry Noccolino, executive director of Roland E. Powell Convention Center.

In late June, Centerplate was also selected as the exclusive food and beverage partner for the Salt Palace Convention Center in Salt Lake City and Mountain America Exposition Center in nearby Sandy, Utah. The multi-year agreement, which includes Centerplate supplying more than 700 jobs to the local community, began June 28. A Salt Lake County Chefs’ Council will be unveiled at a later date to ensure that the latest local culinary trends are reflected at both venues.

Centerplate will source food and beverage products and partner with local suppliers and purveyors in connection with the Utah’s Own Program and work with each to ensure product availability, scalability and timeliness. Locally sourced Utah and Salt Lake-centric products will be prominently featured on menu boards, signage and marketing collateral, according to Centerplate officials.

Since 2010, WWF has supported Sodexo in improving its sustainable food offerings and purchasing practices, as well as reducing the environmental impact of its operations.

“Working with WWF has enabled us to set credible, science-based and ambitious targets to align and drive our environmental efforts all across Sodexo,” said Maria Outters, Sodexo group senior vice president of corporate responsibility. “We will continue to aim to reduce our environmental impact and provide more sustainable options for our consumers, while striving to move the needle and bring about much-needed change throughout the industry.”

In 2019, Sodexo set an ambitious Science-Based Target (SBT) to reduce its carbon emissions by 34 percent by 2025. In doing so, it became the first food services company to align its carbon target with the aim of the Paris Agreement to limit global temperature rise to 1.5°C.

On July 16, The Utility Expo, formerly ICUEE, renewed its long-standing commitment to the Kentucky Exposition Center and Louisville through 2029. As the trade show for utility professionals and construction contractors that attracts more than 19,000 attendees and generates approximately $17 million in economic impact, the biennial event will return to the KEC Sept. 28-30, 2021.

CompuSystems has signed multi-year renewal deals with several clients: the American Association for Cancer Research, the American College of Surgeons and the Healthcare Information and Management Systems Society. The software company will provide registration, data analytics and lead retrieval services for each organization’s annual shows, including The AACR Annual Meeting through 2022; The ACS Combined Otolaryngology Spring Meetings through 2024; and HIMSS Global Health Conference and Exhibition through 2023.

NTP Events has renewed its seven-year relationship with the National Catholic Educational Association through 2023. The trade show, meetings and conventions producer will facilitate exhibit and sponsor sales, exhibitor marketing and operations for NCEA’s annual Convention & Expo, which is planned for April 6-8, 2021, at Los Angeles Convention Center.