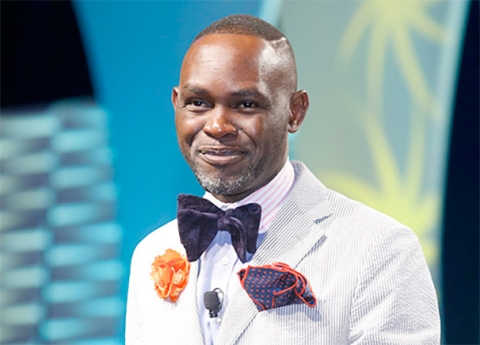 Attendees took part in more than 120 education sessions, two keynotes and five Game Changers, as well as 20-plus OpenSpace pop-ups and events. ASAE Foundation’s The Classic event also sold out for the second year in a row.

The final attendance breakdown includes: 2,669 executives, 1,739 exhibitors, 381 others, including guests, spouses, press, vendors, and staff, for a grand total of 4,789.

A total of 424 companies representing 679 booths exhibited in the expo hall, which resulted in a strong ratio of 60 percent buyers (association staff) to 40 percent sellers (industry partners).

“Our attendees loved the greater variety of learning opportunities this year. Both keynotes received rare standing ovations from our attendees. Mark and Scott Kelly provided insight on leadership lessons learned in space, and Derreck Kayongo stressed the importance of paying attention to details and to make revolutionary connections in work and life. Everyone left inspired and ready to implement new strategies and ideas,” said ASAE President and CEO John H. Graham IV, FASAE, CAE.

They also reflected on the importance of doing the hard things, keen focus on what you can control, and other leadership lessons learned while flying in combat, dealing with loss, and traveling in space.

During the closing keynote, Dr. Derreck Kayongo, CEO at the Center for Civil and Human Rights, gave advice on how association professionals should observe the world around them and leverage their skills and vision to overcome impossible odds and impact the lives of others.

The talk was illustrated by Kayongo’s own story of transformation from his childhood in Uganda, to a refugee in Kenya, to U.S. citizen building a multi-million dollar venture called the Global Soap Project.

Limelight Shines on Detroit with 5,300 Attendees at 2015 ASAE Annual Meeting & Exposition
Detroit recently savored the long-overdue limelight when 5,300 attendees took in all that the city has to offer at the 2015 American Society of Association Executives’ (ASAE…
Outdoor Retailer Signs Back on in Salt Lake City Through 2018
Even with so many attendees it's not easy to find a hotel room close by and some exhibits are outside in tents, Emerald Expositions’ Outdoor Retailer community has spoken…
Atlantic City CC to Welcome Nearly 10,000 Attendees During Five Events
Despite the news of several casinos closing in Atlantic City, N.J., recently, the meetings and convention business keeps moving forward. From beauty queens to mail carriers…
ASAE Reveals Annual Meeting Host Cities from 2018 to 2022
The American Society of Association Executives has named the host cities where its ASAE Annual Meeting & Exposition will be headed 2018-2022. The meeting attracts…
Salt Lake Sees Demand for Meetings of all Sizes
A financial incentive program created by the Utah Office of Tourism paid off with the booking of 30 events to be held in Salt Lake City in 2021. Visit Salt Lake projects that…
Why ASAE Chose Salt Lake to Host Great Ideas the Next Three Years
American Society of Association Executives enjoyed Salt Lake City so much during its annual conference in 2016, it has selected the destination as its host city for its Great…