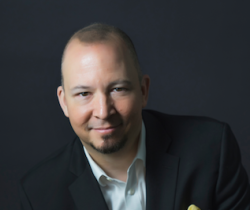 Todd Carruth is director of brand experience for The Expo Group, where he creates integrated marketing campaigns to share The Expo Group’s commitment to helping people perform at a higher level and guiding organizations to grow their revenues through the design and execution of compelling, memorable experiences. He co-hosts the monthly and moderately successful The Exposure Podcast and directly assists clients to translate event tech opportunities into measurable results.

The Experiential Marketing Summit provides educational opportunities from some of the world’s leading brands including Pepsi, General Mills, IBM and dozens more. This past May, over 1700 marketers descended upon Las Vegas to experience the world’s largest conference on experiential marketing… and I was fortunate to be one of them.

Here are 4 tips that I picked up on and I hope you find useful.

I’ve seen quite a few exhibits over the past 10 years working at The Expo Group and one thing remains constant no matter the event or the size of the exhibit. If you have action in your booth, it will draw a crowd. I know the technology behind it is not that sophisticated, but every time I see a “holographic” fan inside a booth, it never fails to stop me in my tracks. And I’m not alone. At EMS 2019, I noticed time and time again, attendees casually walking along and then stop and gawk at what looks like a 3-D image being projected in mid-air.  With the use of a high speed spinning fan, images and text are projected onto the fan blades and it still grabs my attention every time.  Whether it’s a moving waterfall encased in clear acrylic tubes or a simulated fire pit, technology that creates or simulates movement always garners a glance, followed by a pause, and then, hopefully, the question of “how did you do that?” turns into a beneficial conversation.

Tip 2: Laser Projection is the Next Big Thing

Laser projectors are coming to an event near you, and they are cool. Literally, cool to the touch. Unlike lamp projectors that get quite hot and loud, laser projectors use, well, lasers, so they don’t overheat, don’t produce much noise and don’t suffer from warm up or cool down time.

The example given at EMS involved projecting images from HBO’s Game of Thrones onto the Walt Disney Concert Hall in Los Angeles. With laser projectors, the crew was able to start the show early at dusk as opposed to 9 pm and create an almost high-definition image across the unique angles of the concert hall. In addition to being utilized in projection mapping, laser projectors can do a “short throw” that allows them to project onto a wall or screen from just 15 inches away.

I can see these projectors being used in event breakouts, conference sessions and exhibit booths because of the minimal space requirements. That gives seats back to the organizer because there is no need to take up space with the projector. Plus, no more blinding the eyes of the presenter or having an inadvertent spectator stand in front of the presentation.
Yes, they are more expensive but just like every other piece of technology, the price and size are coming down quickly each year.

Erin McElroy, Program Director of Marketing Innovation at IBM spoke about how they approach experiential marketing and presented these 3 Bs.

It seems that one of the current business buzzwords you hear today is “bespoke.” Not just as in tailoring a nice high-end suit but also as in surprising and delighting your audience with a tailored experience. The idea is that you should know what excites your audience and deliver that experience (or find a way to push the envelope and deliver a surprise). That brings us to…

Embrace the new. Try different ideas. Don’t be afraid to fail. At The Expo Group, we’ve been presenting this idea of always having a “beta” area on your show floor. Whether it’s a business incubator, team lounge, oasis park or that crazy notion that came to you in a dream, take our advice (and IBM’s) to embrace the new and be bold.

Tip 4: Outdoors is now IN

Biophilia is a hypothetical human tendency to interact or be closely associated with other forms of life in nature. It’s also a great word I learned at an informative session presented by Alicia Durfee from Jack Morton Worldwide and Kelly Warsky from L.L. Bean. They shared insights on the event strategy behind the clothing brand’s “Be An Outsider” campaign.

The idea was to create the first-ever outdoor co-working space. Working with city park departments across the country, the year-long campaign used original research from a workplace strategy expert to really push the benefits of moving your work outside. Outdoor pop-up spaces were created that included individual work areas, conference zones and cycling desks. A microsite provided more information including a video and tips that show working outdoors leads to more creativity, productivity and happiness. The campaign capitalized on tons of press coverage including the front page of USA Today.

As we continue to consider new ways to stimulate learning and exceed expectations at the events we produce, consider not only bringing nature inside the convention center but maybe even take a field trip and have a session or breakout outside at a nearby park. At the very least, try taking your team and have a meeting outside. According to L.L. Bean, blue skies mean better brainstorming and I know several people who are biophiliacs at heart.

Even if they don’t know what it means.

This article originally appeared on The Expo Group and has been republished with permission.