What's Next for Globalization? And What Will it Mean for the Exhibition Industry? 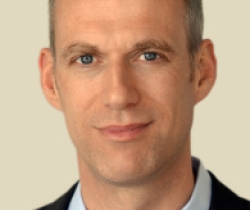 Kai Hattendorf is managing director and CEO of UFI, The Global Association of the Exhibition Industry.

The exhibition industry has seen huge growth in the past 20 years, driven by economic growth around the world, as the global economy expanded at the fastest pace in recorded history. This happened in part, as a recent article in the British Guardian pointed out, thanks to greater freedom of movement for goods, capital and people. Essentially, globalisation has boosted the growth of living standards for millions of people around the world. And our industry, providing the market places for international trade all around the world, played a vital role in this.

Yet, at the same time, already 15 years back the „Economist“ magazine warned that „western governments do a poor job of explaining and defending globalisation – so poor as to breed disaffection with democratic politics.“ Reading this magazine editorial today, in 2016, it seems that many leaders in politics and society took it for granted that the benefits of globalisation were somehow to be understood and accepted by everyone.

Todays political developments in major exhibition markets around the world show a different picture. The complexities of globalisation, and the speed of change makes many people feel that they are being „left behind“. Uncertainty is on the rise, fired up by policital campaigning, the recent string of terror attacks around the world, and the British vote on Brexit, to name just a few. This matters for our industry - for exhibitions as well as for the broader meetings market in general.

Traditionally, the success of exhibitions is linked to the success of the industries they serve – a strong automotive industry is holding strong motor shows around the world, as an example. Trade shows quickly bounce back from economic slumps, as our industry on the whole has proven after the 2008/9 global economic slowdown globally. However, presently we are seeing what economists around the world describe as “ever slowing pace of growth”, and this is translating into more challenging times for us as well.

The 2017 “Global Meetings and Events Forecast”, just released by American Express, states that there is “some hesitancy” in the meetings industry: “While this sentiment has yet to have a meaningful impact, we do expect this shift may result in some slowdown in the growth we have witnessed over the last couple of years… Overall activity, including number of meetings or number of attendees per meeting, may see a decline.”

So one of the challenges we will have to address as an industry is how to prepare and deal with this sentiment, as one of the driving forces of our industry’s growth seems to lose strength. And, at the same time, help to support and bolster the growth of industries and economies both on the national and international levels. I am confident that, as a global industry, we have a vital role to play here. The fact that, just a few days from now, we will welcome hundreds of global exhibition industry leaders from 50+ countries at UFI's Global Congress, is a huge testament to the global connectedness of our industry. I look forward to seeing many of you in Shanghai!

This post originally appeared on the blog of UFI - The Global Association of the Exhibition Industry.