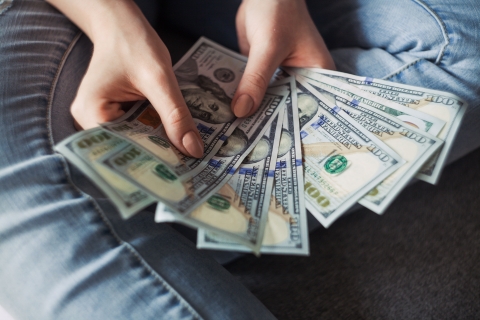 Does your salary reflect what you think you’re worth? If you’re like most trade show organizers, the answer is probably no (more on that below); yet the forecast for our industry in this area is looking at least partially sunny.

Nearly 75 percent of business events organizers received a raise over the past year, averaging a 7-percent increase, according to PCMA’s annual Salary Survey, released this week.

While that 7-percent increase is more than twice the average raise for North American workers across all industries, only half of the 550 respondents in PCMA’s survey reported satisfaction with their current salary.

Chalk it up to long hours (an average of 46 per week), high stress, lack of organizational recognition and limited flexibility (goodbye, weekends before and after your event) — the average salary of $82,769 isn’t cutting it for everyone.

That’s not to say that event organizers don’t love the business they’re in, however. Eighty percent of respondents said they were satisfied with the business events industry as a whole, and 69 percent said they were happy with their current jobs. While that’s a majority reporting satisfaction in their roles, it’s a lower rate than other workforce happiness studies (for example, a CNBC/Survey Monkey workshop happiness index published this spring found that 85 percent of all workers were satisfied with their jobs).

“I think the disparity has a lot to do with the high level of stress that comes with their jobs, and how few of their organizations’ leaders recognize the skills and expertise required to execute successful events,” said Michelle Russell, editor-in-chief of PCMA’s Convene magazine, where the Salary Survey was published.

Other notable findings from the survey:

How does your own experience compare with the results of the Salary Survey? Share with us on Twitter, @TSNN_com_US.

Majority of Attendees Surveyed Are Open to Returning to Live Events, Says GES Study
If events are held responsibly through strict implementation of health and safety guidelines, will people feel safe to attend in-person trade shows and events during a…
Businesses Are Eager For the Return of In-Person Events, Says Global Study
Feeling disheartened about the delayed return of face-to-face events? Findings of a new extensive global study focused on the recovery of the trade show industry should help…
COVID-19’s Impact on U.S. B2B Exhibitions Is Accelerating, Says CEIR Survey
During its June 30 webinar, “June 2020 Update on Impact of COVID-19 on U.S. B2B Exhibition Organizations,” the Center for Exhibition Industry Research released the results of…
Check Out New Sustainable Events Calculator; Take Global Survey on Convention Center Sustainability Trends
As more sustainably minded shows seek to track, measure and lessen their environmental impact, it makes sense that green event industry organizations would answer the call by…
Australia Offers New Fund for Business Events Bids
The Australian government has established a new programme, the Boosting Business Events Bid Fund with initial financing of A$12 million (US$9.4 million). The fund is designed…
Malaysian Associations Form New Business Events Council
During the annual Business Events Forum in Malaysia on 10th October 2018, eight national industry associations signed a Memorandum of Understanding (MOU) agreeing to form the…