PCMA Convening Leaders 2019, By the Numbers 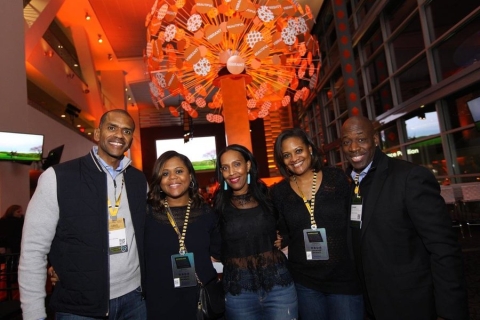 Pittsburgh put on one heck of a show for several thousand industry leaders last week at PCMA’s Convening Leaders annual conference, held Jan. 6-9 at the David L. Lawrence Convention Center. The theme hit hard on innovation in an ever-changing industry.

“We built this conference around the theme 'Disrupt + Deliver' because that’s what the industry needs and wants,’’ explained PCMA President and CEO Sherrif Karamat. “We leave here with a greater commitment and better understanding of how business events can and must drive economic and social progress.’’

Here’s how the event broke down, by the numbers:

Several big announcements were also made at Convening Leaders. As part of its new vision that business events can also be drivers of positive social change, PCMA announced its commitment to combat child exploitation by signing The Code of Conduct for the Protection of Children from Sexual Exploitation in Travel and Tourism.

The Meetings Mean Business Coalition also announced plans to continue promoting the intrinsic value of face-to-face meetings and events while protecting the industry from financial or reputational threats.

PCMA will continue to expand its global presence this year through a dozen Knowledge Exchanges in Europe and Asia-Pacific, in addition to the PCMA Foundation Visionary Awards on May 7 in Washington, D.C., the Education Conference June 25-28 in Los Angeles, and the APAC Annual Conference, Nov. 6-8 in Macau.