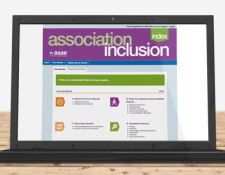 The board also received updates on the major strategic initiatives, new AssociaMetrics platform and passed the budget, which includes Fiscal Year 2017 (FY 17) Program of Work and specific projects in all areas of ASAE and the ASAE Foundation.

ASAE developed a business model that offers accountability and flexibility for D+I advocacy and policy influencing social justice issues, which will help ASAE determine what’s best for the organization and its members and will be piloted during FY17.

The board approved an Anti-Discrimination Clause for future convention center/hotel contracts to be consistent with ASAE’s policy on Diversity + Inclusion.

"The strategic initiatives ASAE continues to advance for our community are game changers, including the new XDP event scheduled to launch May 2017 and the diversity and inclusion work,” said ASAE Chair Abe Eshkenazi, CSCP, FACHE, CPA, CAE, Chief Executive Officer of APICS.

He added, “The board believes these projects will benefit the association sector, engage its members, and raise the visibility on how associations’ impact in society.”

The board passed the budget and work relating to the FY17 including: Great Ideas Asia Pacific, XDP, Hybrid Membership Model, and a new learning and talent development platform. The board also received updates from the ASAE Foundation and ABSI.

“Over the past year, ASAE has progressed on a several important initiatives, including research and advocacy. The Foundation has launched a new online platform called AssociaMetrics, which provides a central point for industry benchmarking data for ASAE members. ASAE’s Advocacy team has done a tremendous job on educating policymakers on issues that impact the industry, including the new overtime rule,” said Scott D. Wiley, FASAE, CAE, president and CEO of Ohio Society of CPAs, who will become chair of the ASAE Board.